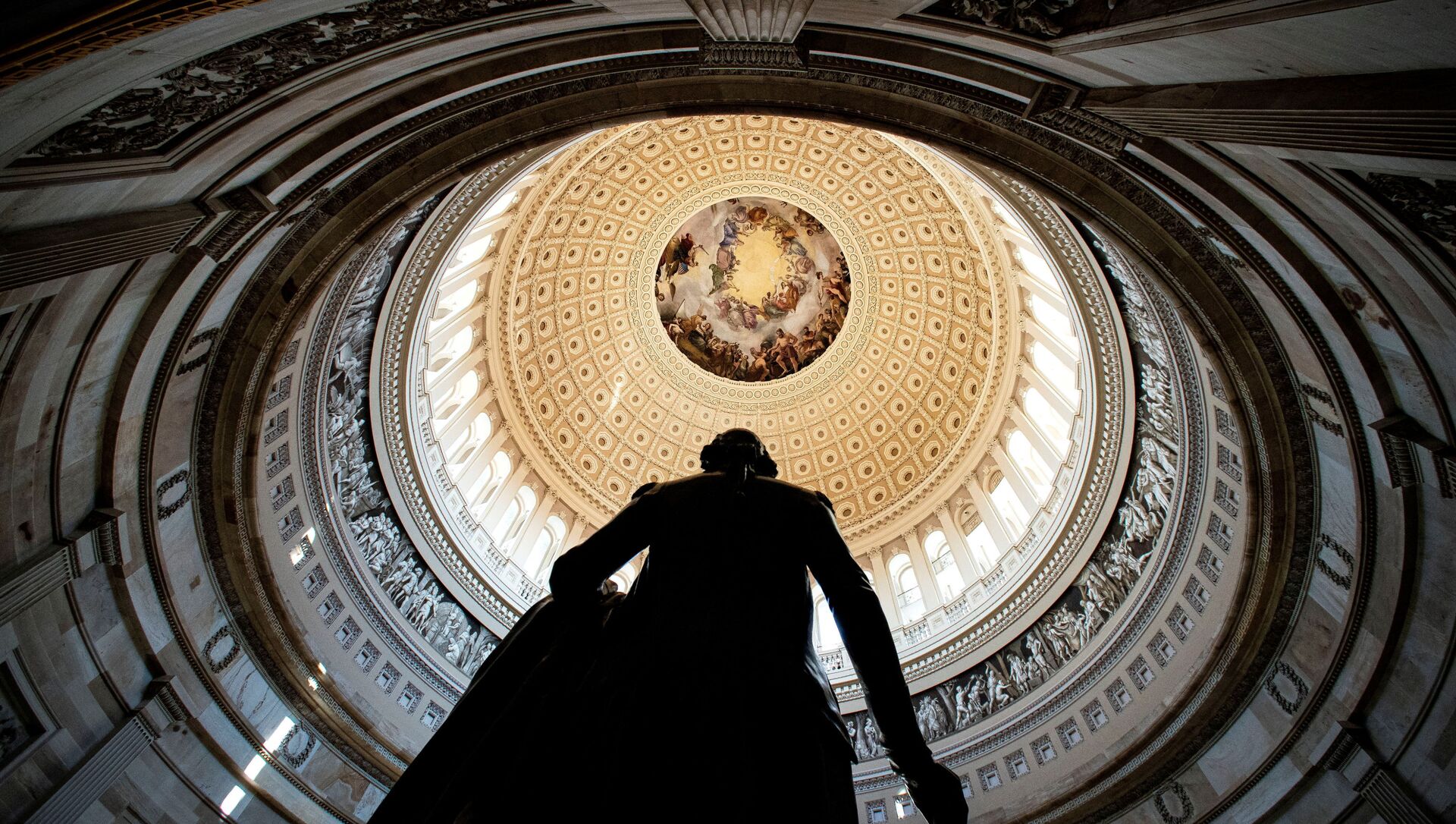 Daria Bedenko
All materialsWrite to the author
Former US President Donald Trump was impeached a second time by the House a week after the deadly 6 January Capitol riot, accused of "incitement of insurrection". Trump denied responsibility and called the unprecedented second impeachment "a hoax".

The US Senate on Tuesday voted to approve that the second impeachment trial for Donald Trump is constitutional, with 56 senators saying yes and 44 voting against.

Although a former president has never before been impeached in the United States, the Tuesday Senate vote has pushed Trump's second impeachment trial forward.

Trump's legal defense team argued that it is not constitutional to impeach a private citizen, with Democrats noting that there is no "January exception", and a president must be held accountable for all his or her actions from the first to the last day in office.

​The trial kicked off on Tuesday and is expected to last into the next week.

The first US president to be impeached twice, Trump faced his second trial with accusations from House Democrats of "incitement of insurrection" for the violent 6 January Capitol riot that left 5 people dead. The former president denied responsibility, calling the impeachment a continuation of a "witch hunt" and a "hoax".

According to reports, the ex-president, who has refused to testify, believes that he will be acquitted after the trial.

While observers doubt that the impeachment trial in the Senate will end with Trump's conviction, Tuesday's vote had six Republicans backing the idea that the trial is constitutional.

A test vote held in late January had five GOP Senators voting for Trump's second impeachment, with one Republican joining the group in the Tuesday Senate vote.

Among the six Republicans believing that the trial is constitutional are Ben Sasse of Nebraska, Mitt Romney of Utah, Pat Toomey of Pennsylvania, Susan Collins of Maine, Lisa Murkowski of Alaska and Bill Cassidy of Louisiana.

In order for Trump to be convicted, however, two thirds of the 100-member Senate will have to back it. This requires at least 17 Republicans to vote yes on conviction, which is seen by many observers as unlikely.

Pondering on a more possible outcome of the trial, Jon R Taylor, professor of political science at the University of Texas at San Antonio, says that a Trump acquittal may bring him many political perks.

"It could easily set the stage for a Trump national victory tour, which could whip up his supporters and raise lots of money for the 2022 midterm elections, thereby setting the stage for 2024", the professor said. "Given Trump's control of the Republican Party, he holds tremendous sway over the immediate and long-term prospects of the party. Even if he doesn't run for president in 2024, he could very well determine who wins the party's nomination and challenges President Biden." 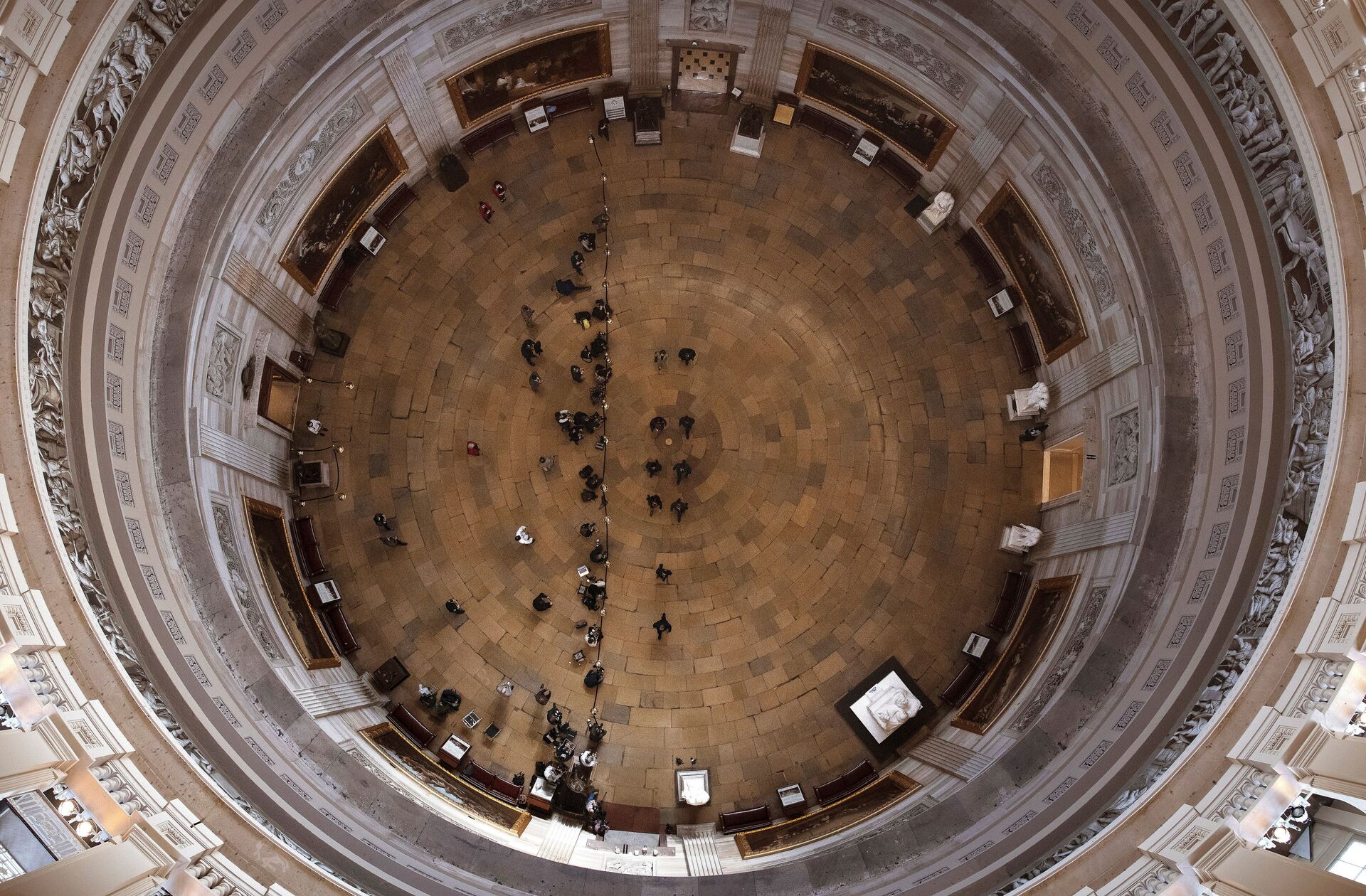 House impeachment managers proceed through the Rotunda from the House-side of the U.S. Capitol to the Senate chamber as the second impeachment trial of former President Donald Trump begins in Washington, U.S., February 9, 2021.
© REUTERS / POOL

As the Senate voted that the impeachment process for the former president is constitutional, the trial will move on Wednesday with around eight more hours of argument.

It is unclear how long the trial will last, but observers believe the second impeachment will be shorter than Trump's first, which took around three weeks.

Taylor particularly believes it should not last more than a week.

"Unless some major and previously unknown evidence changes both the scope and tone of the trial, it really shouldn't last more than a week, maybe as many as ten days if there are unexpected delays", the professor says.

On Friday evening, due to the Jewish Sabbath, the legal proceeding was supposed to be paused, to resume on Sunday afternoon.

David Schoen, however, who requested the Sabbath pause, on Monday sent a letter withdrawing his request over concerns that it would delay the process. There were no official changes to the schedule.

This makes it likely that the final Senate vote will be held next week. If the Senate votes to convict Trump, there will be an additional vote deciding whether to bar him from ever again holding public office.