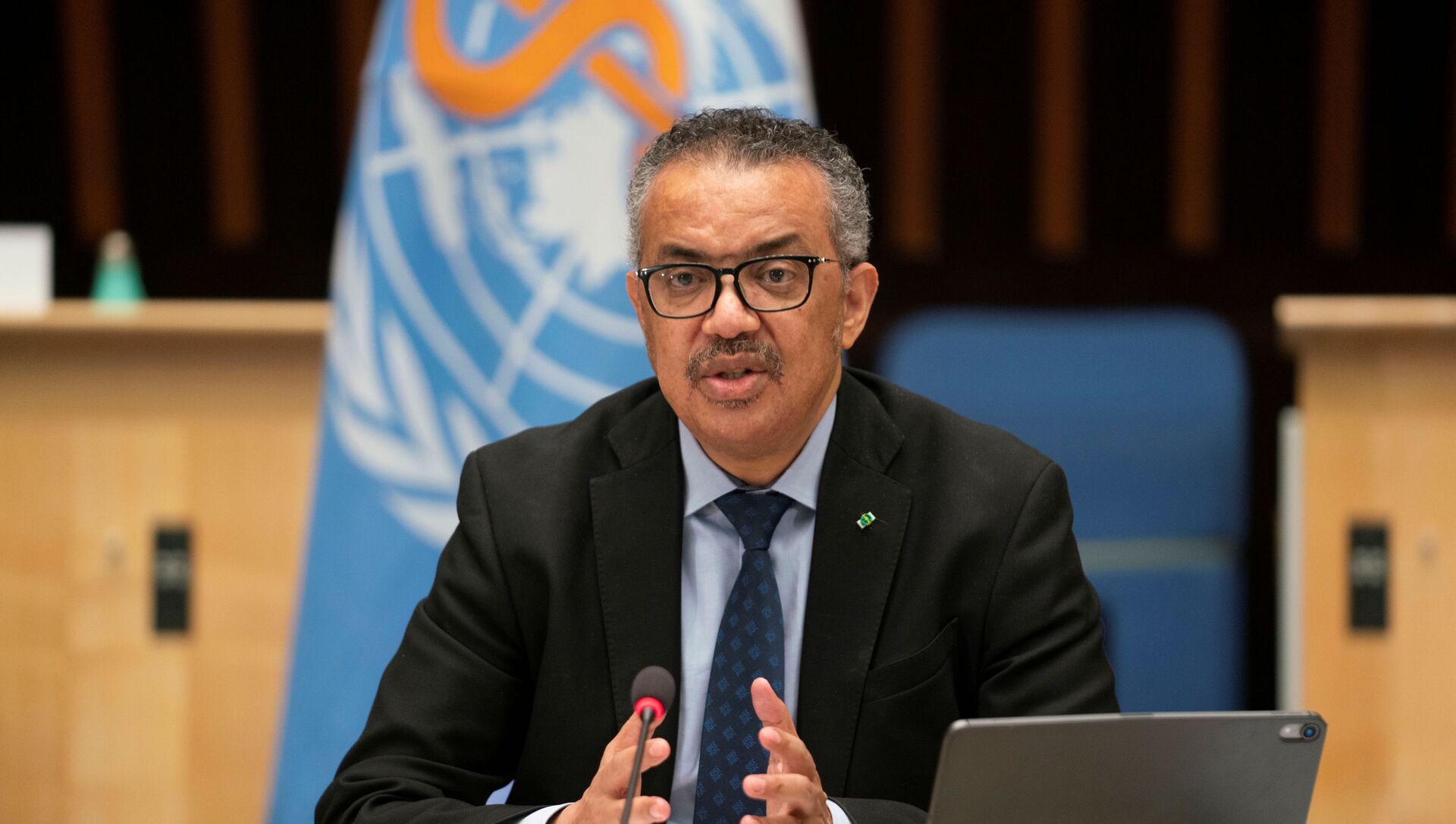 Alexandra Kashirina
All materialsWrite to the author
In December 2020 a new variant of SARS-CoV-2 was reported in South Africa. The mutation, known as 501.V2, is said to be more aggressive and dangerous for young men. The highly transmissible new strain could also be resistant to existing COVID-19 vaccines.

On Monday, the head of the World Health Organization (WHO), Tedros Adhanom Ghebreyesus, stressed that the emergence of new coronavirus mutations poses the problem of the effectiveness of existing vaccines. At a media briefing he suggested that it was "concerning news" that existing vaccines may not work as well against the new variant, first detected in South Africa.

Tedros outlined an essential need for vaccine manufacturers to upgrade their existing shots, saying booster shots would most likely be necessary as the new strain is quickly spreading throughout the world and could become the predominant coronavirus variant.

According to the WHO chief, South Africa's prohibition of the AstraZeneca vaccine following earlier reports that the drug does not protect against mild to moderate Covid-19 infections, is “a reminder that we need to do everything we can to reduce circulation of the virus with proven public health measures.”

He added that WHO will announce its decision on whether it will recommend the AstraZeneca vaccine for emergency use “in the next few days.” If the drug is approved, poor countries will receive the shots under COVAX, a UN-backed effort to distribute COVID-19 vaccines worldwide. 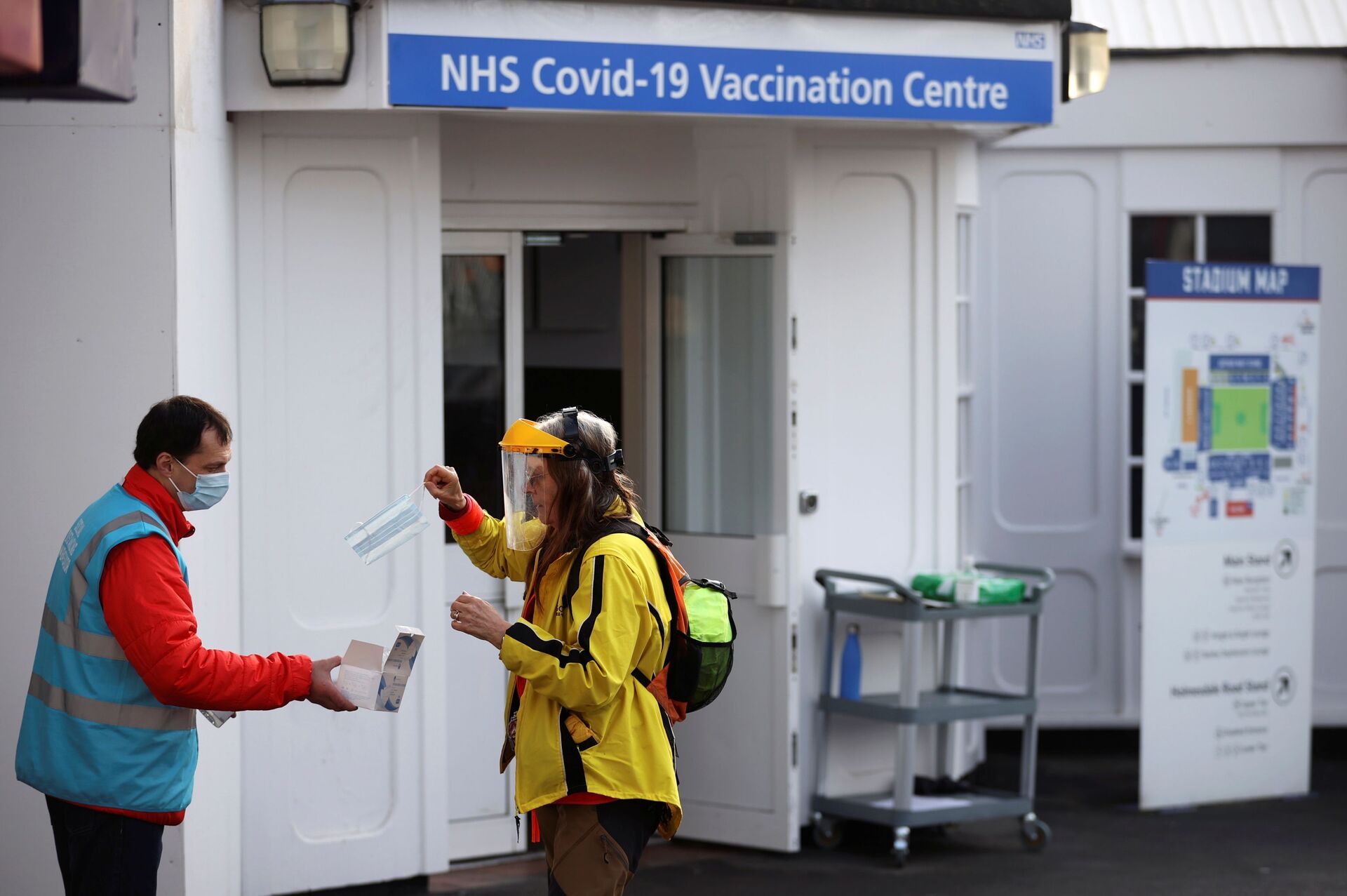 A woman is given a protective face mask as she waits to receive the COVID-19 vaccine at Crystal Palace Football Club Vaccination Centre, amid the outbreak of the coronavirus disease (COVID-19) in London, Britain February 4, 2021.
© REUTERS / HANNAH MCKAY

As a study, published on 6 February, revealed, a two-dose regimen of the Oxford/AstraZeneca coronavirus vaccine is not effective against mild to moderate forms of the illness caused by the new variant, while the drug, according to AstraZeneca spokesperson, “could protect against severe disease.”

South African authorities announced on December 19, 2020, that a second wave of the pandemic in the country was caused by the new coronavirus variant 501.V2, identified October 2020 in the southern Nelson Mandela Bay County in the Eastern Cape province on the Indian Ocean coast. According to local researchers, the new strain is more aggressive and primarily affects the young.

Earlier last year, a British strain of COVID-19 was identified, more infectious and deadly than previously-encountered genetic variants of SARS-CoV-2 in the country. WHO announced, however, that there is “no clear evidence of the new variant being associated with more severe disease or worse outcomes.”

Last week, the peer-reviewed medical journal The Lancet published a report analyzing the third phase of the Sputnik V trial. The article put the Russian drug among world's top vaccines, with a 91.6 percent efficacy against symptomatic COVID-19.