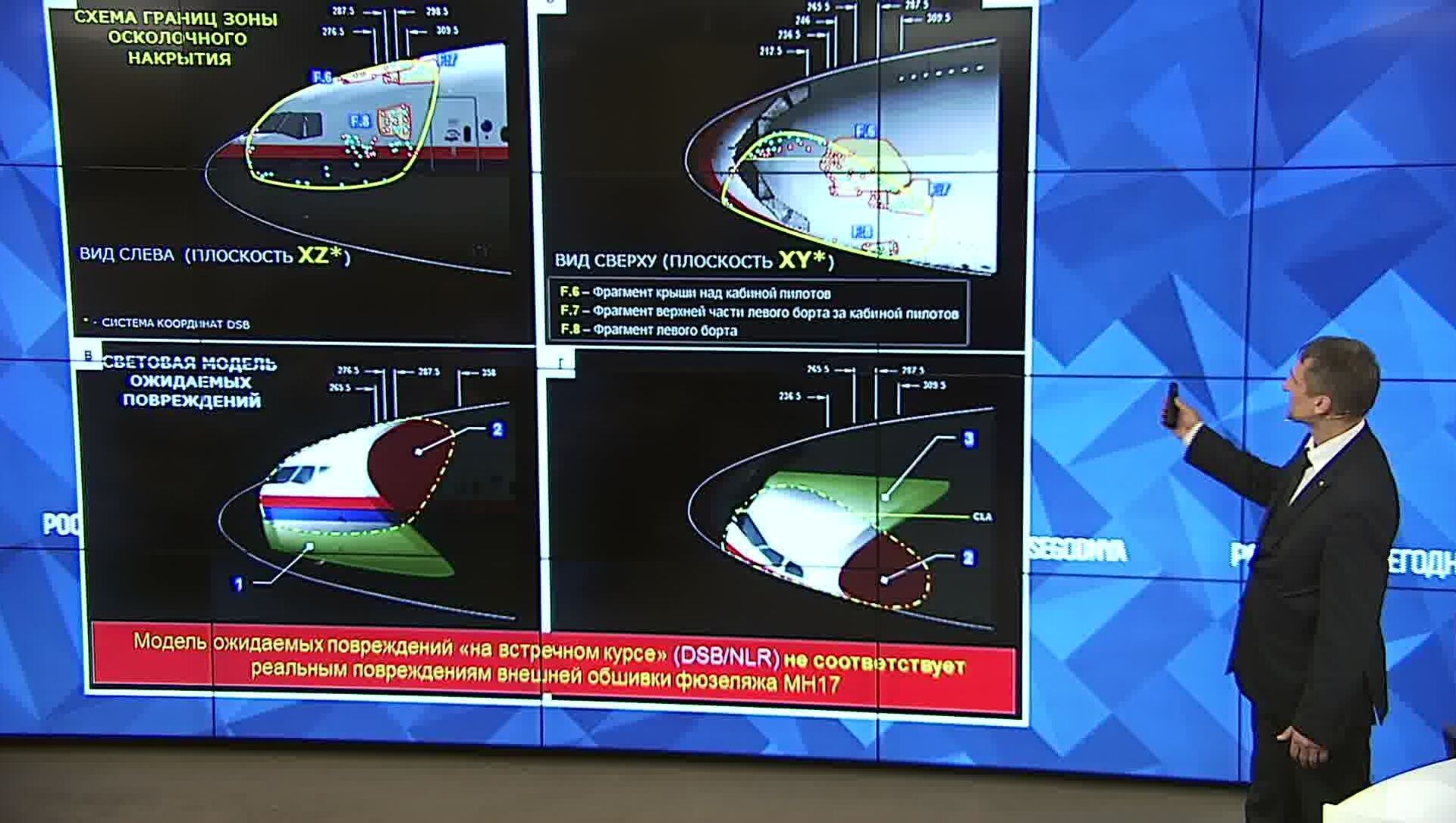 Ilya Tsukanov
All materialsWrite to the author
In July 2014, Malaysia Airlines Flight MH17 was shot down over eastern Ukraine on route from Amsterdam to Kuala Lumpur. All 298 passengers and crew onboard were killed. Since then, investigators and courts have engaged in drawn-out legal proceedings to determine who is culpable for the commercial passenger jet's destruction.

The District Court of The Hague has agreed that the reports created by Russian defence concern Almaz-Antey between 2015 and 2016 regarding the MH17 catastrophe can be entered into the case.

In a decision announced Monday, presiding Judge Hendrik Steenhuis said that the court "does not object to the admission of the reports to the case." At the same time, the judge said that the court does not see the need to allow experts from the Russian defence company to study aircraft debris.

The decision following requests by defence attorneys of Oleg Pulatov, one of the four Russian and Ukrainian nationals who accused of involvement in the downing of the Boeing 777, to include Almaz-Antey's reports into the case.

The Russian maker of advanced anti-aircraft systems, whose products include the Buk type air defence missile thought to have shot the passenger jet down, carried out detailed investigations into the catastrophe, examining forensic evidence, declassifying secret information about its military hardware, and conducting a complex experiment based on ballistics, flight trajectory and other pertinent information. These studies led Russian investigators to determine that an older variant of the Buk missile which was built in 1986 and had been phased out of Russia's arsenal during a military modernization campaign in the early 2010s had been used to target and destroy the Malaysia Airlines flight. 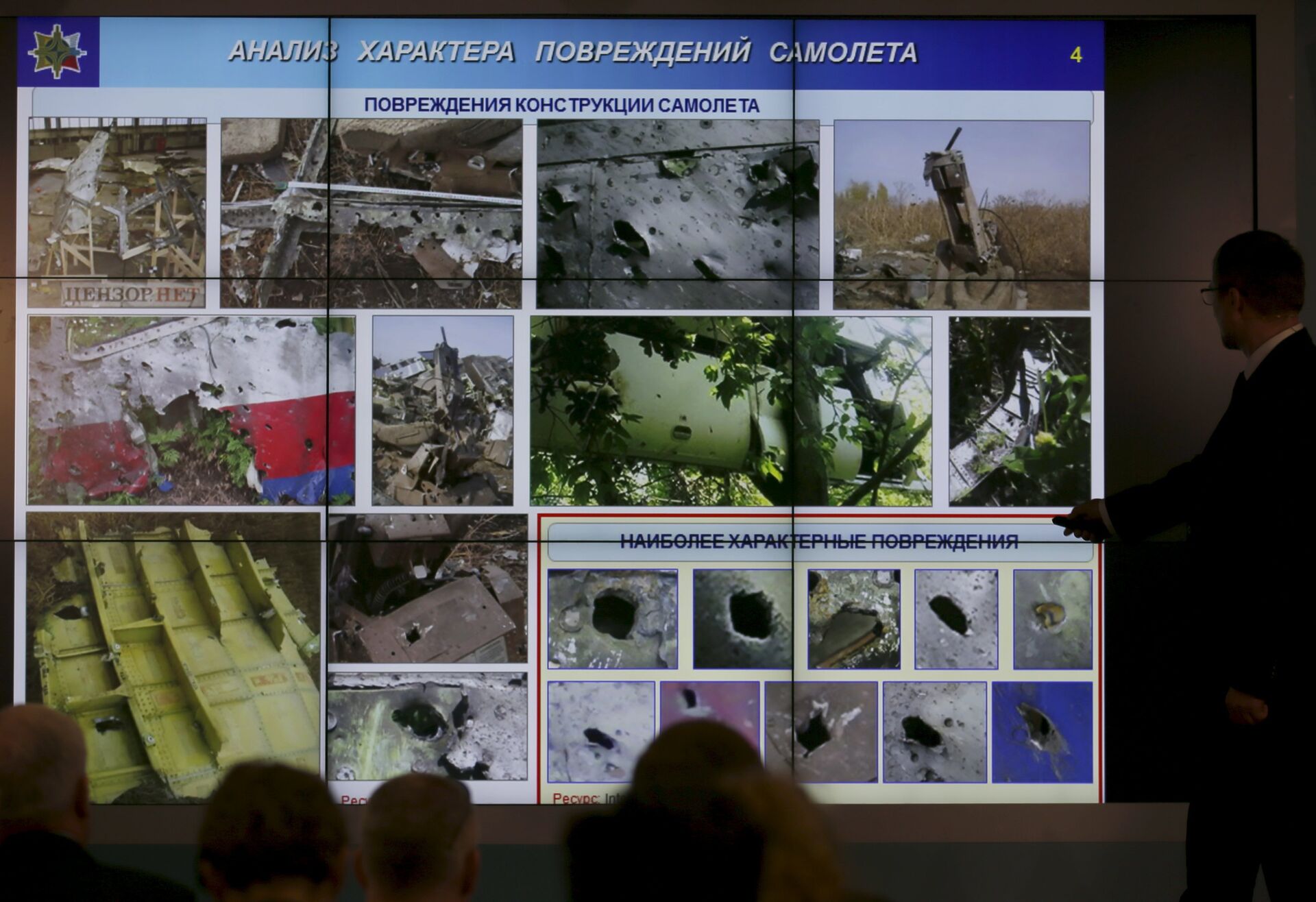 Dutch investigators continue to maintain the Russia is culpable for the disaster, accusing Moscow of providing militias in Eastern Ukraine with the Buk used to shoot down the airliner. Russian authorities have dismissed these reports, pointing to the flimsy nature of the evidence, which includes dependence on the findings of an alleged MI6-linked intelligence analyst.

World
Dutch Foreign Ministry Says Probe Started Into Why Ukraine Did Not Close Skies Over MH17 Crash Site
Former Malaysian Prime Minister Mahathir Mohamad, who was in office when the MH17 catastrophe took place, has repeatedly criticized the Dutch-led Joint Investigative Team's probe into the disaster, calling its claims politically motivated and inconclusive. Moscow has criticised the JIT for its alleged failure to account for the reams of evidence provided by the Russian side, ranging from radar data to technical documentation showing that the Buk missile which destroyed the Boeing belonged to Ukraine.

In his remarks on Monday, Judge Steenhuis announced that further hearings into the MH17 case would be postponed until 15 April.

The criminal trial of Pulatov et al began in the Netherlands in March 2020, with the Russian national represented by two Dutch lawyers and one Russian attorney. The three other suspects are being tried in absentia.

Eastern Ukraine was turned into a war zone between the Ukrainian government and local militias in the spring of 2014 in the aftermath of the victory of the US and EU-backed Maidan coup d'etat in February of that year, which saw unpopular but democratically-elected President Viktor Yanukovych replaced by a pro-Western government. The war in eastern Ukraine has caused the displacement of over 2 million people, with up to 13,000 killed and as many as 31,000 wounded, according to the United Nations.