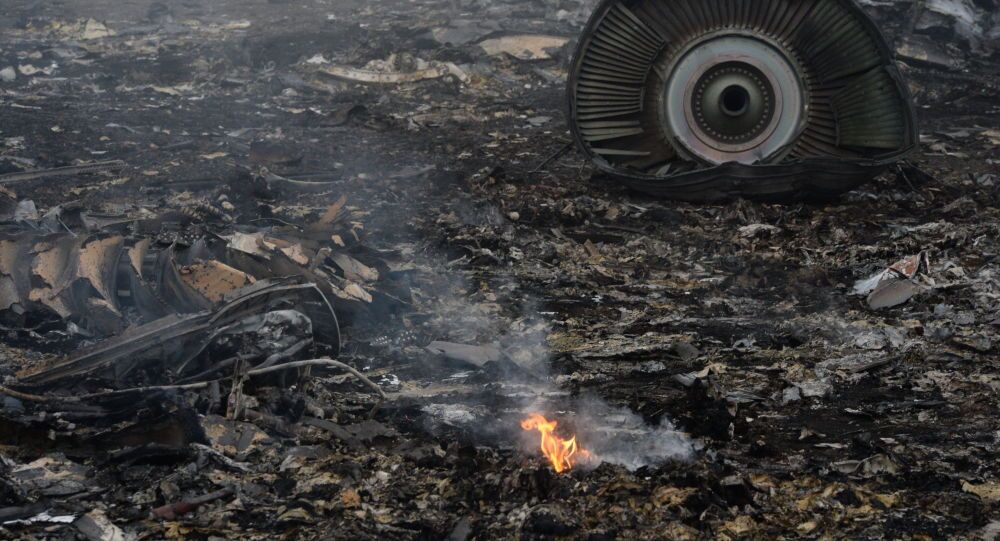 Representatives of Russian arms manufacturer Almaz-Antey that produces BUK missile systems presented own report on the downing of the MH17 flight in eastern Ukraine following the release of the Dutch-led Joint Investigation Team (JIT)’s initial results of the investigation.

Facebook
Twitter
Whatsapp
Viber
Telegram
Download videoCopy linkGet code
© Sputnik
Russian Arms Manufacturer of BUK Missile System Presents Own Report on MH17 Downing
© Sputnik / Andrei Stenin
Results of Dutch Probe Into MH17 Crash Confirm Investigation Was Biased - Russian Foreign Ministry
Earlier in the day, the Joint Investigation Team (JIT) announced that the plane had allegedly been downed by a Buk missile system's missile which was brought from "the territory of the Russian Federation." Furthermore the investigation believes that the missile was launched by the territory controlled by the Donbass militia.

Almaz-Antey arms manufacturer said that technical details of the Malaysia Airlines Boeing 777 have not been taken into account by the JIT's probe. Three simulations of the MH17 crash carried out by the Russian arms manifacturer confirm that the missile had been launched from Zaroschenskoye town controlled by Ukrainian forces.

"The conclusions by the Joint Investigation Team announced today do not have sufficient technical evidence to support claims allegations that Russia was somehow involved in Malaysian Boeing catastrophe in summer of 2014," Mikhail Malyshevsky, an adviser to Almaz-Antey general director, said.

The way the MH17 plane was damaged proves the Almaz-Antey's findings, the company said. The Russian company provided the Dutch-led investigative team with all documents it has, including those that had been top secret.

© Sputnik / Mikhail Voskresenskiy
Russia Detected Ukraine's Radar Near MH17 Crash Site Proving Presence of Kiev's Air Defense System
All technical part of the JIT team's investigation had false data, the Almaz-Antey company said. If the MH17 flight had been downed by a missile from the territory controlled by Donbass militia, the plane would have been damaged from the right side, however, no such damages have been found by the JIT.

When simulating the MH17 downing, the Netherlands used data about an American missile that is different from the BUK's missile, the Russian arms manufacturer said.

There is a possibility that the Malaysian MH17 Boeing passenger plane was downed by a Buk missile in eastern Ukraine in 2014 by mistake, Russia's Almaz-Antey concern said.

"The possibility that it was downed by a mistake made by Buk air defense system operator cannot be ruled out." "It could have been poor training of the crew, or unreliable tracking data, any tragic mistake was possible, including a mix-up during the loading of a missile — combat version instead of a dummy variant."

A representative of the radar-producing plant, Lianozovskiy Electromechanical plan, said that radars can not notice objects flying toward it. Radars can not see planes in a cloudy sky as the speed of a plane is higher than that of a cloud, Viktor Meshcheryakov explained.

The radar system could not have noticed a rocket fired from the south of the MH17 crash site, the town of Zaroschenskoye, according to the expert. If the missile had been fired from Pervomaiskiy town controlled by the Donbass militia, the radar would have 90 percent noticed it.