Lavrov: West is Trying to Make Navalny Almost Number One Topic in Dialogue With Russia 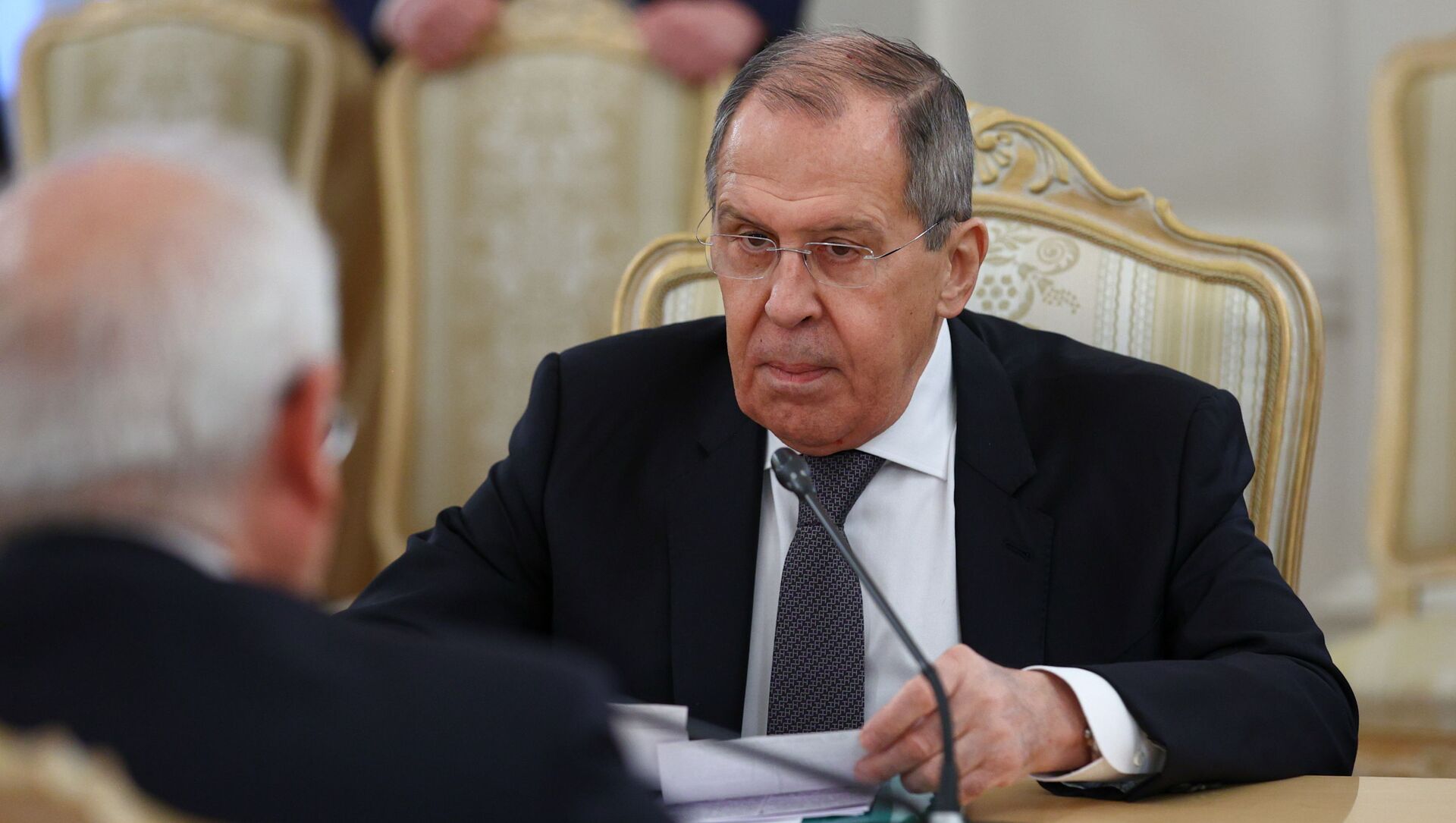 Sofia Chegodaeva
All materialsWrite to the author
Earlier, the EU and the US condemned the imprisonment of Russian opposition vlogger Alexei Navalny, describing his case as politically motivated. Moscow has stressed that Navalny's suspended sentence on the embezzlement case was replaced with a real one in accordance with the law.

The West is trying to make Navalny the most important point of discussion in its dialogue with Russia, giving Moscow an ultimatum demand to open a criminal case on the alleged poisoning, while actually hiding the key "evidence," Russian Foreign Minister Sergey Lavrov said on Monday.

"In a situation where Western countries are trying to make the Navalny topic almost the main one in the dialogue with our country, I would like to reciprocally share my assessments of the practical steps taken by the actors of this story in the sphere of politics and propaganda, which are in the focus of our official interests," Lavrov said when asked to comment on an open letter from Russian neurologist Vitaly Kozak, who is working in Switzerland.

Earlier, media circulated an open letter from Kozak, in which he commented on the article in The Lancet journal about Navalny's alleged poisoning with nerve agent Novichok, pointing to a number of ambiguities and contradictions in it. In particular, he noted that the wording about the so-called "Novichok" in the article was rather vague.

Lavrov, in turn, noted that the Russian Prosecutor General's Office requested from the German Justice Ministry all information about the results of the research carried out by the Bundeswehr, including the transfer of "all relevant evidence."

"Despite full compliance of our demands with a number of conventions on the provision of legal aid, including the Chemical Weapons Convention, we were not provided with any factual information. Under various pretexts, the German side refused to provide copies of medical documents, medical history, forensic medical examinations, toxicological and other laboratory studies," Lavrov said.

Cooperation on the Case of Navalny's Alleged Poisoning

Meanwhile, Germany has refused the fourth request of the Russian Prosecutor General's Office on the incident with Navalny, in particular about the reliability of media information that the Novichok-class poison was found on a bottle brought to Germany from Tomsk by his colleague Maria Pevchikh, the Russian Foreign Ministry said.

"The German side refused the request of the Prosecutor General's Office of Russia to interrogate Maria Pevchikh, citing the fact that her address in Germany was allegedly unknown. At the same time, according to open sources, she met in Germany with Alexey Navalny, who was guarded around the clock by the German intelligence, and on the day of his departure from Berlin to Moscow ... was among those who saw him off," Russian Foreign Ministry spokeswoman Maria Zakharova said.

At the same time, she emphasized that the German side "did not provide any data on the results of a toxicological study of traces of poison, allegedly found on the bottles of mineral water, which Pevchikh took from the Tomsk hotel to Berlin."

"The German authorities also refused to provide any information about the experts who examined the bottles and refused to interview them," Zakharova said.

Moscow's Ready to Cooperate With EU

Moscow was not the initiator of cooling relations with the EU, it is determined to normalise interaction in certain areas if the dialogue agenda is not sacrificed to geopolitical interests, Lavrov also said on Monday.

"I noticed that following his visit to Moscow on February 4-6, the EU High Representative published a number of comments on his blog. In one of them, he makes the case as if 'Russia is rapidly moving away from Europe.' During negotiations with [Josep] Borrell in Moscow, I just spoke about the importance of building Russia-EU relations on a systematic basis," Lavrov said in his commentary.

Lavrov's comments come days after Russia expelled three EU diplomats from Germany, Poland, and Sweden for participating in the unauthorised rallies in support of Navalny. Moscow said it views the participation of foreign diplomats in such rallies as interference in Russia's domestic affairs.

Unauthorised rallies took place across Russia on 23 January, 31 January and 2 February in support of Navalny, who was detained upon arrival in Moscow from Germany, where he was treated for alleged poisoning. On 2 February, a Moscow court replaced Navalny’s suspended fraud sentence with 3.5 years in prison over probation breaches.