Expert on US-China Relations: 'If Washington Shows a Good Posture, Beijing Will Return the Favor' 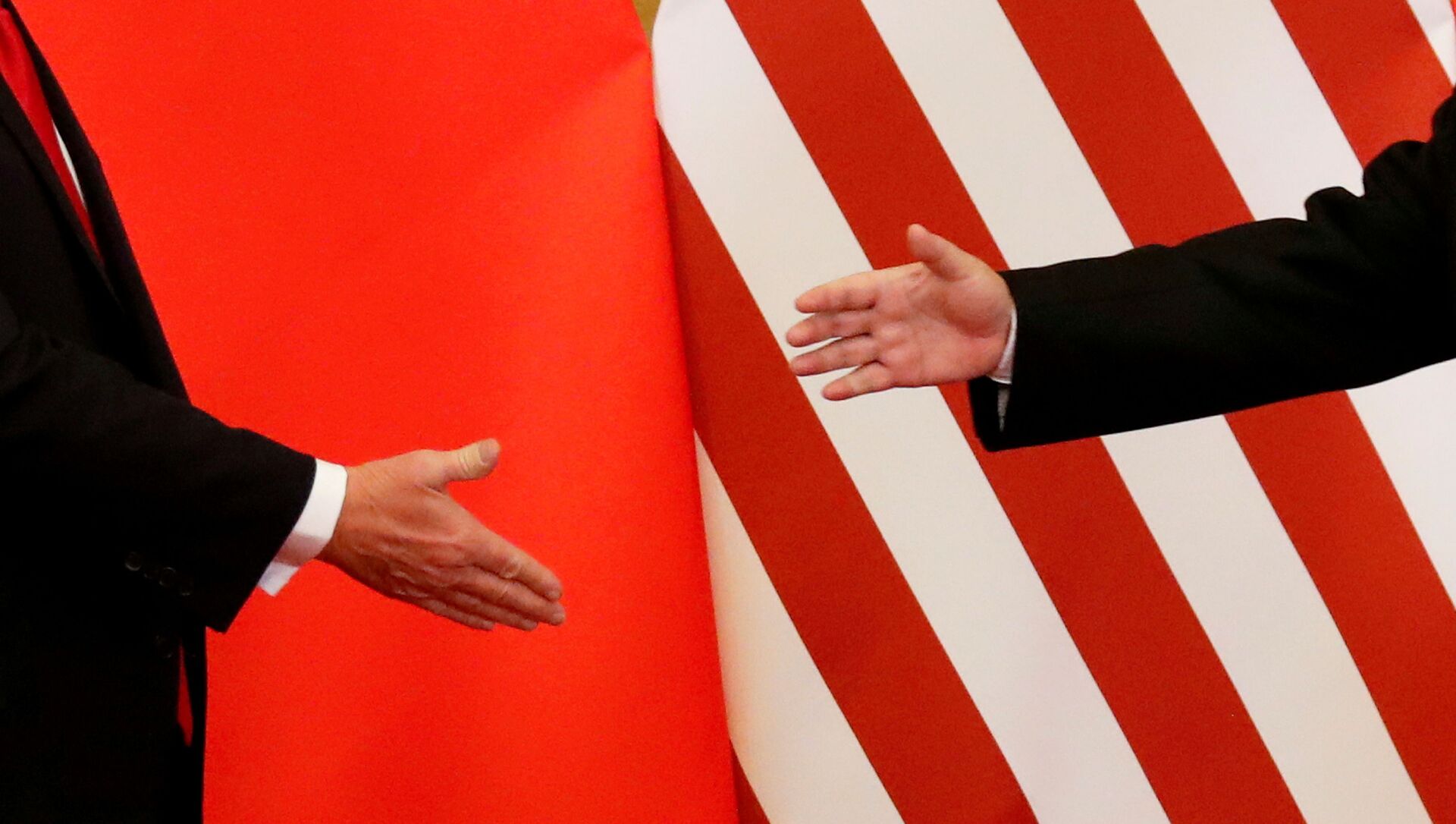 During his first foreign policy speech on Thursday, US President Joe Biden called China the "most serious competitor" of America, stressing, however, that Washington will be willing to work with Beijing on certain issues.

Dr. Ching Chang - Research Fellow, Society for Strategic Studies, the Republic of China, based in Taipei, has shared his views on the matter. Dr. Chang is the leading security expert specifically on military affairs and international relations in Taiwan. He is also a retired navy captain who previously commanded a tank landing ship.

Sputnik: Following President Joe Biden's speech, China is seen as America’s main competitor and one of the biggest foreign policy challenges. At the same time, the US president stressed that Washington is ready to cooperate with Beijing, if it is in the interests of the United States. What spheres, in your view, might be in the interests of the current US administration?

Dr. Chang: The immediate concern for the current Biden administration is nothing else but controlling the epidemic situation in the United States. Accompanied with the measures coping with the medical challenges, the domestic economic pressure is another issue quite urgent for the new administration. We therefore may expect that domestic issues should be the focus for the coming months. Nevertheless, efforts to amend the broken relationship with alliances and partners left by the Trump government in the international community will be paid at the same time. No major maneuver towards potential adversaries or competitors such as China and Russia will be conducted before the consensus-building process among allies and partners can be concluded. No reckless decision on Iran or North Korea will be taken unilaterally by Washington before an understanding can be reached among regional stakeholders. However, the priorities of interests can be easily changed if any unexpected international crisis does occur. Certain contingency plans will be adopted. Yet, even so, a multilateral approach will be the most likely policy scheme chosen by the Biden administration unless a crisis hurts the United States' vital interest of national survivability.

Sputnik: Some experts believe that Trump took the relationship between the United States and China to a “Cold War” level. Will Joe Biden be able to divert from Trump’s political course, then form and implement a new interaction strategy?

Dr. Chang: Please remember the saying: “It takes two to tango!” The entire nature of the relationship between nation to nation is literally interactive. Should the United States choose a descending spiral approach to deal with China, Washington will get the worst enemy it may image. On the other hand, an ascending spiral trajectory is still a possible outcome through a more constructive approach. Actually, this is exactly the position repeatedly expressed by Beijing so far. The Chinese government emphasized the willingness to cooperate with the Biden government. Nonetheless, soft speaking does not contradict with those firm bottom lines insisted by Beijing. Now the matter is how these two powers may accommodate each other. Beijing has no intention to be trapped into an unnecessary Cold War. China will try the greatest efforts to engage with a much more sensible Biden government. As for the new interaction strategy for Biden, it will certainly be an adaptive plot since the reactions from Beijing will affect how the Biden government may further deal with Beijing. If Washington shows a good posture, Beijing will return the favor accordingly. Biden is not so subjective as Trump. Alliance states may have the space to coordinate with Biden’s team to take certain collective measures on China. As long as the interactions between Washington and Beijing can be positive, the possibility of a new Cold War is relatively slim.

Follow up – Despite Biden’s pledge to put a premium on diplomacy, do you expect the US president to take a tough approach to China on trade or technology?

Dr. Chang: I would like to choose the term “firm”, not “tough”, to describe the future Washington policy baseline towards China on either trade or technology. Frictions should be unavoidable but disputes can be manageable. Both sides clearly understand what issues are non-negotiable. Biden and Xi should be clever enough to find out their common interests for facilitating cooperation. Basically, there is no intention to seek confrontation by either side. Washington also understands that China has an undeniable capacity and potential to develop new technologies. The United States will seek the possibility to adopt new Chinese technologies. Certain trade-offs or compromises may appear in the foreseeable future. Never underestimate how pragmatic the United States can be as it needs to accept the reality.

Sputnik: It has been claimed that the Biden administration is likely to concentrate on competition with China, rather than confrontation, especially in the Asian-Pacific. What do you make of this suggestion?

Dr. Chang: Again, the responses from Beijing play an essential role in deciding if the United States has competition or a confrontation. It can not be decided unilaterally by Washington. My suggestion is “there is no good war, neither bad peace”. Competition is of course better than confrontation. But, we do not always get what we wish for. At least, the Biden government is willing to cooperate with Beijing around certain global issues, which is certainly much better than no space for co-existence.

Sputnik: Even before assuming office, the head of the Pentagon, Lloyd Austin, said that the continuing reduction of the US military advantage over Russia and China poses a serious danger. Does this mean that we will soon see a US military build-up? In what areas and to what extent?

Dr. Chang: It is still hard to tell so far. Defense Secretary Austin needs to convince Congress in order to acquire more resources for a military build-up. Unless there is an obvious and immediate threat caused by the US military losing its advantage over Russia and China, otherwise, no surge of defense investment can be expected.

Sputnik: Will the United States lobby for new regulations on interaction in space?

Dr. Chang: Before Washington must regain credibility from the international community. The space for the United States to advocate any international norm is quite limited.