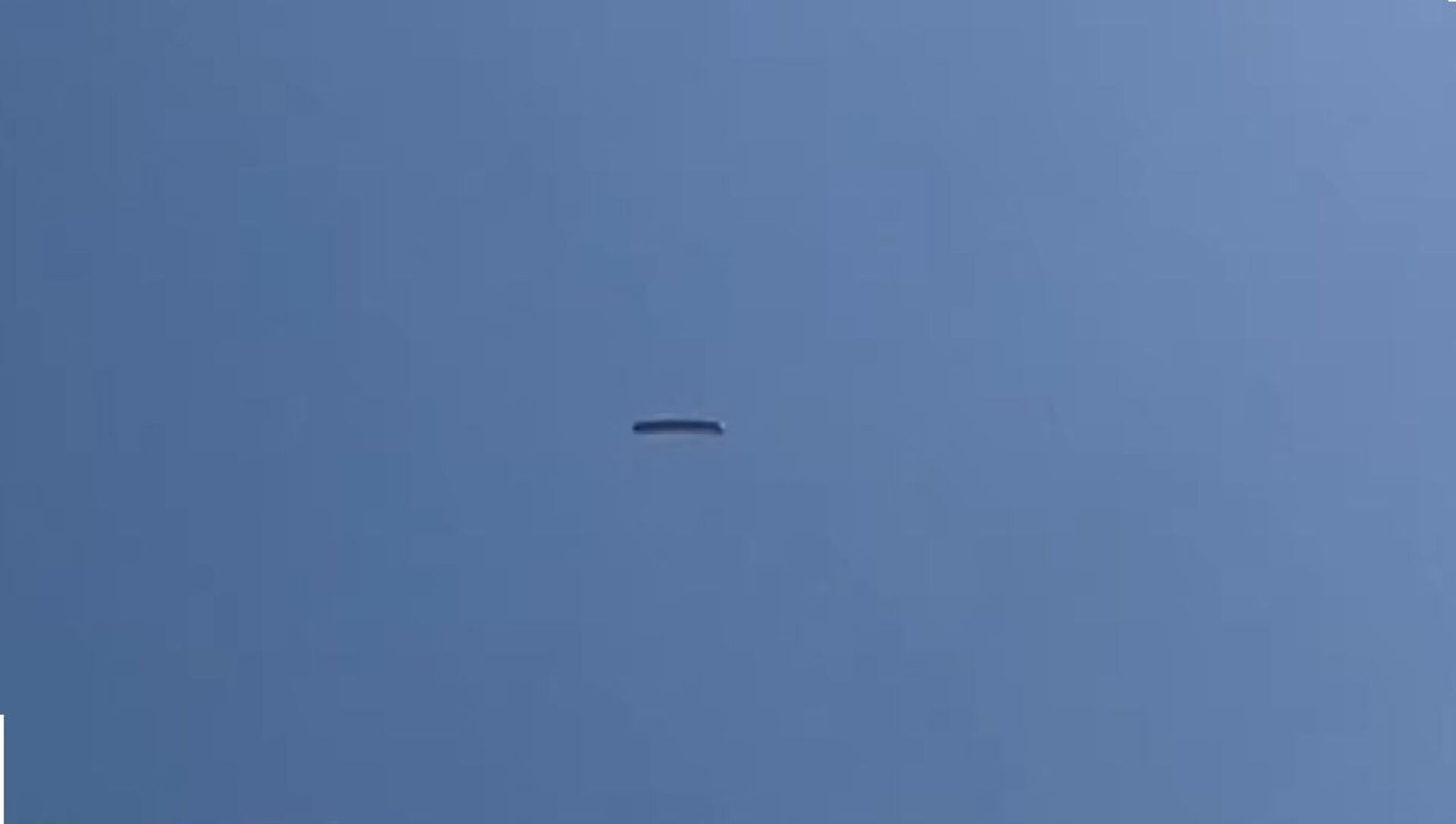 Similar sightings have been reported in abundance in previous years, with conspiracy theorists having eagerly engaged in speculation about what kind of creatures could be operating the gigantic oblongish objects.

Californians have spotted a cigar-shaped craft hovering in the sky above the state, akin to previous, similarly-shaped “UFOs” earlier seen in the area.

The puzzling footage showing a rather long dark object emerged on YouTube on 31 January under the caption “UFO over the Pacific” and instantly drew a slew of responses.

“This is not a UFO but a flying cigar,” one viewer wrote under the video shared by Antoni ENKI, with another apparently being lost for words over the sight of the enigmatic structure remaining motionless in the air for some time. “Intriguing”, the netizen posted.
In January, YouTuber Donald Sanders shared a 40-second recording of what seemed to be a similar “craft” in the night sky, while last year, such objects were seen in the US state more than once.

Some suggested the intriguing sighting was caused by the reflection of the videographer’s light bulbs, while others tended to believe the alien theory instead.

The explanation deemed as the most plausible one, however, is that these objects are in fact huge blimps. Yet it hasn't stopped multiple conspiracy theories on the subject from pouring in.