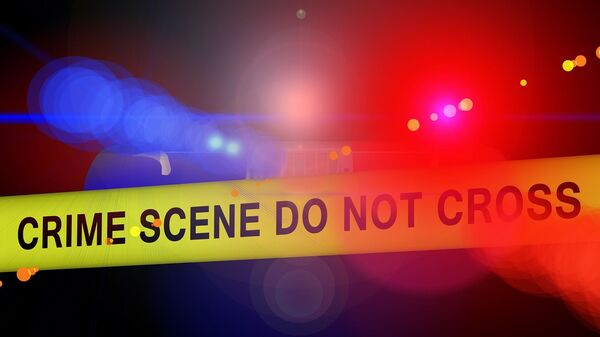 WASHINGTON (Sputnik) - The FBI found instructions on how to make homemade bombs in the home of a New York man, Dominic Pezzola, who participated in the deadly January 6 attack on the US Capitol, court documents revealed.

"The FBI also executed a search warrant at the defendant’s residence at the time of his arrest. Agents recovered, from a room that appeared to be used exclusively by the defendant, a thumb drive that contained hundreds of .pdf files," the court document said on Friday. "A significant number of those .pdfs provide detailed instructions for making homemade firearms, poisons, and/or explosives."

The defendant is charged with violations stemming from his role in the violent attacks on the US Capitol on January 6, the document said.

Pezzola is seen on numerous videos across social media showing him using a police shield to break a window in the west side of the Capitol building so that pro-Trump supporters could illegally get inside. The court document said, according to a witness, that Pezzola was part of a group that had admitted it would have killed former Vice President Mike Pence if given the chance.

The court document alleged that Pezzola's group stated that it would return to the US Capitol on January 20 planning to kill "every single 'm-fer' they can."

The court document said Pezzola tried to evade authorities by turning his cell phone off and changing his appearance before he decided to turn himself in after the FBI started visiting family members to find out about his whereabouts.

Several US media outlets reported that Pezzlola is a member of the white nationalist Proud Boys group.

On January 6, thousands of pro-Trump supporters stormed the US Capitol building, killing five, including a police officer, in a failed attempt to stop Congress from certifying Joe Biden's victory in the 2020 US presidential election.