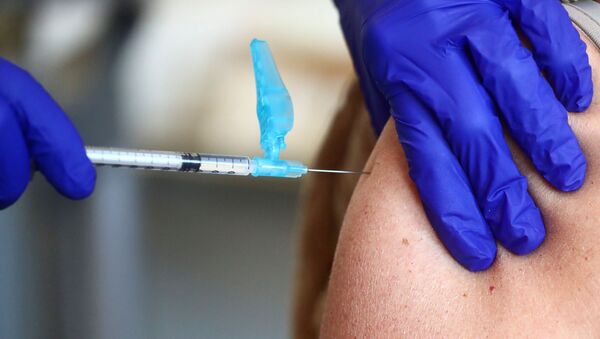 MOSCOW (Sputnik) - The World Health Organization (WHO) has not observed any deaths that have resulted from the use of the vaccine against COVID-19 produced by Pfizer and BioNTech, the organization's assistant director-general for access to medicines, vaccines, and pharmaceuticals, Mariangela Simao, said Wednesday.

"We have one vaccine that's being widely used in the market, which is the Pfizer vaccine. We have not observed any deaths, actually with any of the vaccines that are being used at the moment … We have seen some cases of what we call an anaphylactic reaction because some people have already a predisposition and have a history of having severe allergies," Simao said during a WHO broadcast.

The WHO is closely monitoring the use of the Pfizer vaccine against the coronavirus disease and reports are coming in from countries that have already rolled out the vaccine, Simao added.

One week ago, the Norwegian Medicines Agency reported that 23 elderly citizens had died shortly after being inoculated with the Pfizer vaccine. At that time, a WHO representative told Sputnik that the organization was monitoring the ongoing investigation launched by public health officials in Norway.

The Norwegian Medicines Agency on Monday issued a press release urging elderly residents to assess whether the benefits of vaccination outweigh the risks of any potential side effects.