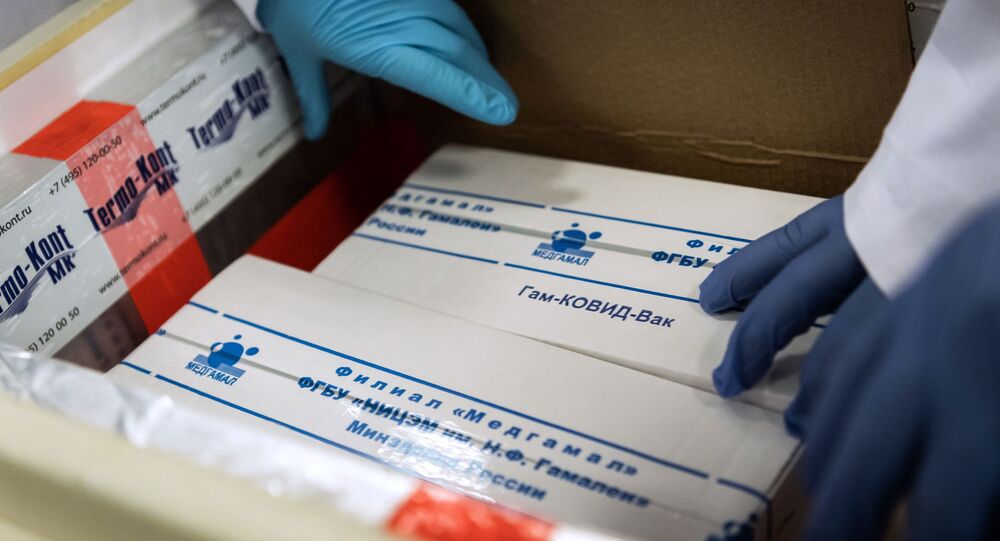 Created by the Gamaleya Research Institute of Epidemiology and Microbiology, Sputnik V was the first SARS-CoV-2 vaccine to be registered anywhere in the world, with dozens of countries across Asia, Europe, Africa and Latin America expressing interest in obtaining it. Russia began a coroanvirus vaccination campaign using Sputnik V last month.

The article is part of a series on what the NYT describes as nine leading vaccines from around the world, with others in the list including offerings by Pfizer-BioNTech, Moderna, Oxford-AstraZeneca, Johnson & Johnson, Novavax, and inactivated vaccines by Sinopharm, Sinovac, and Bharat Biotech.

NYT’s write-up of Sputnik V describe it as a vaccine that’s “based on the [coronavirus’s] genetic instructions for building the spike protein,” which are used to enter human cells. “But unlike the Pfizer-BioNTech and Moderna vaccines, which store the instructions in single-stranded RNA, Sputnik V uses double-stranded DNA.”

As has been previously explained by developers, Sputnik V is made using human adenoviruses (i.e. the same kind of virus known for causing common colds). “They added the gene for the coronavirus spike protein gene to two types of adenovirus, one called Ad26 and one called Ad5, and engineered them so they could invade cells but not replicate,” the article notes.

Kirill Dmitriev, CEO of the Russian Direct Investment Fund sovereign wealth fund has indicated that Sputnik V is the product of “decades” of research on adenovirus-based vaccines going back to the Soviet period. Other researchers, notably Johnson & Johnson, have also used the Ad26 adenovirus in their vaccine. Oxford and AstraZeneca’s offering uses a chimpanzee adenovirus, an approach Dmitriev has warned is unproven and potentially dangerous.

Describing how Sputnik V operates, NYT notes that after the vaccine is injected, “the adenoviruses bump into cells and latch onto proteins on their surface. The cell engulfs the virus in a bubble and pulls it inside. Once inside, the adenovirus escapes from the bubble and travels to the nucleus, the chamber where the cell’s DNA is stored.” There, it pushes its DNA into the nucleus.

“The adenovirus is engineered so it can’t make copies of itself, but the gene for the coronavirus spike protein can be read by the cell and copied into a molecule called messenger RNA, or mRNA.” After the mRNA leaves the nucleus, the cell’s molecules are said to read its sequence and to start assembling spike proteins, which are recognized by the immune system, “provoking” it into switching on a warning signal to activate nearby immune cells –i.e. the cells which ‘police’ the body for intruders and fight pathogens. “By raising this alarm, Sputnik V causes the immune system to react more strongly to the spike proteins,” NYT says.

“When a vaccinated cell dies, the debris contains spike proteins and protein fragments that can then be taken up by a type of immune cell called an antigen-presenting cell. The cell presents fragments of the spike protein on its surface. When other cells called helper T cells detect these fragments, the helper T cells can raise the alarm and help marshal other immune cells to fight the infection.”

Antibodies are created when immune cells known as a B cell bumps into coronavirus spikes on vaccinated cells, latching on and creating antibodies targeting the spike proteins, thus preventing them from attaching to and attacking other cells.

“The antigen-presenting cells can also activate another type of immune cell called a killer T cell to seek out and destroy any coronavirus-infected cells that display the spike protein fragments on their surfaces,” the write-up continues.

NYT notes that the reason Sputnik V requires two doses is because the Ad26 and Ad5 adenoviruses are injected separately to prevent the immune system from responding to the vaccine by making antibodies against it, which could make a second dose ineffective.

“Adenovirus-based vaccines for Covid-19 are more rugged than the mRNA vaccines from Pfizer and Moderna,” the article’s authors stress. “DNA is not as fragile as RNA, and the adenovirus’s tough protein coat helps protect the genetic material inside. As a result, Sputnik V can be refrigerated and does not require very low storage temperatures.”

© REUTERS / David Himbert
Three Moderna Vaccine Shipments to Texas Held Back From Distribution Due to Temperature Issues
Gamaleya says Sputnik V has an efficacy rate of 91.4 percent, but NYT says a scientific paper “with full details of the trial” is yet to be released to prove this.

“It’s not clear how long the vaccine’s protection might last. The level of antibodies and killer T cells triggered by the vaccine may drop in the months after vaccination. But the immune system also contains special cells called memory B cells and memory T cells that may retain information about the coronavirus for years or even decades,” NYT concludes.

A Marked Break From Past Reporting

The New York Times’ detailed evaluation of Sputnik V is a major break from its earlier reporting on the subject. In August, the newspaper accused Russia of “cutting corners on testing to score political and propaganda points,” joining other major Western media in criticizing the vaccine over its “safety” and “efficacy,” as well as “ethical issues.”

Sputnik V is just one of nearly a dozen coronavirus vaccines developed or in development by Russian researchers, with other prestigious research institutes including VECTOR virology and biotechnology research institute in Novosibirsk, Siberia and the Moscow-based Chumakov Center for Research and Development of Biological Products working on their own preparations. VECTOR’s vaccine was granted regulatory approval in Russia in mid-October and is named EpiVacCorona.

Developer of Russia's Sputnik V Vaccine Stands Up for Its Reliability