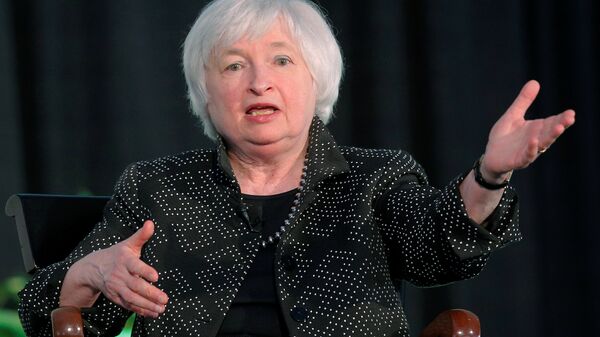 Lilia Dergacheva
All materialsWrite to the author
There has been a significant uptick in bitcoin’s popularity, with its price skyrocketing well over 300% over the past year, which has been marked by a severe health crisis and economic downturn.

Treasury Secretary nominee Janet Yellen has suggested that lawmakers should “curtail” the use of cryptocurrencies such as bitcoin, expressing concerns that they are “mainly” used for illicit purposes, Business Insider reported.

The official’s comments point to the fact that the Joe Biden administration will likely not promote cryptocurrencies, but zero in on tough regulation of them instead. Watchdogs from around the world, from the European Central Bank to national regulators, have in recent time raised questions about the trustworthiness of cryptocurrencies like bitcoin. 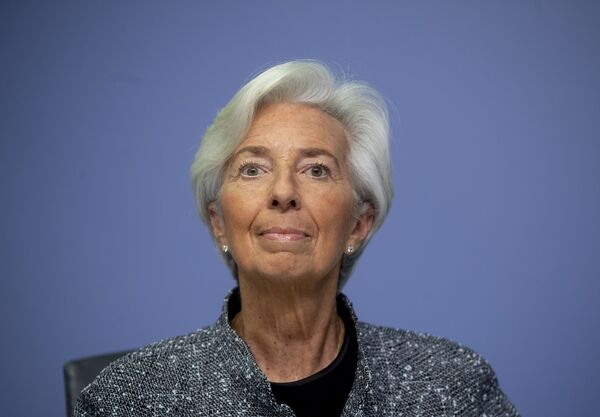 In this Thursday, March 12, 2020 file photo the President of European Central Bank Christine Lagarde looks up prior to a press conference following a meeting of the ECB governing council in Frankfurt, Germany.
© AP Photo / Michael Probst

When Senator Maggie Hassan asked Yellen, until recently the chair of the Federal Reserve, during her confirmation hearing about the hazards underlying the use of digital coins, namely being used by terrorists, the projected Treasury head explained:

"You're absolutely right that the technologies to accomplish this change over time, and we need to make sure that our methods for dealing with these matters, with terrorist financing, change along with changing technology”.

She referred to cryptocurrencies as a “particular concern”, saying she believes an array of them are used in the shadow economy, at least “in a transaction sense”, and stressing the need “to make sure that money laundering doesn’t occur through those channels”.

Yellen thereby shared the stance of ECB President Christine Lagarde, who said last week that bitcoin had been used for some "totally reprehensible money laundering activity".

Digital money has long been in regulators’ crosshairs as it remains mostly uncontrolled and hardly traceable, making it particularly appealing to fraudsters. Bitcoin bulls have meanwhile been rejoicing about the recent record jump - by roughly 340 percent - in the cryptocurrency's price. It notably breached the $40,000 mark to peak at $40,324.01 on 7 January.

The surge in the rates of the flagship digital currency started with the first flare-ups of the novel coronavirus. Retail investors, and increasingly financial institutions, started to demonstrate trust in it as a safeguard against galloping inflation amid the coronavirus-related economic fallout.