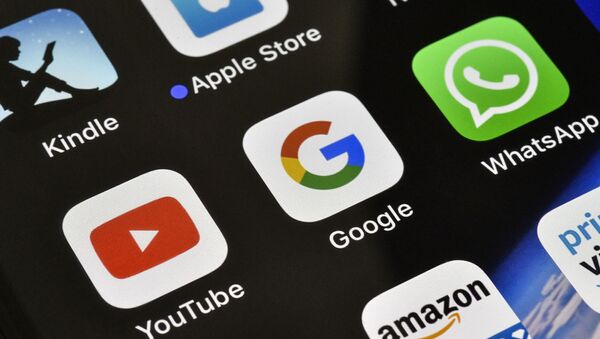 Google announced on Wednesday that it would be suspending all political ads on its platforms until at least January 21, one day after US President-elect Joe Biden is expected to be inaugurated.

The new measure, which is set to take effect on Thursday, will also halt any ads that make reference to “impeachment, inauguration or protests at the US Capitol,” according to an email sent to advertisers and reviewed by The Hill.

"We regularly pause ads over unpredictable, ‘sensitive’ events when ads can be used to exploit the event or amplify misleading information,” the company said in a statement. “Beyond this, we have long-standing policies blocking content that incites violence or promotes hate and we will be extremely vigilant about enforcing on any ads that cross this line.” “This policy will be broadly scoped across ads running through Google Ads, DV360, YouTube and AdX Authorized Buyer and is intended to block all ads related to the items outlined above”.

The email also indicated there would be no exceptions made for news or merchandise advertisers, and that the new implementations stemmed from the company’s Dangerous and Derogatory Content policy standards, which prohibit the promotion of hate or incitement of violence.

The temporary ad pause was first reported by Axios.

Google previously placed a ban on political advertisements after the US election, but eventually decided to lift the suspension ahead of the runoff elections in Georgia that saw control of the US Senate flip to Democrats.

The latest actions taken by the search engine giant came after pro-Trump rioters stormed the US Capitol and ransacked the federal building as congressional lawmakers intended to certify the outcome of the US presidential election. Although the violent unrest temporarily halted procedures, the joint session eventually managed to confirm Biden’s win. The events claimed the lives of five individuals, including a Capitol Police officer who responded to the riot.

Earlier Wednesday, Google-owned YouTube placed a seven-day suspension on Trump’s YouTube account after “new content” violated company standards; however, the video-streaming platform did not specify which video prompted the ban or which policy was violated. Comments on Trump’s videos were also suspended.

Additionally, the official White House YouTube page was also issued a warning over two videos in which Trump was making remarks to reporters and another in which he was giving a speech at the US’ southern border wall. Both videos were removed, and YouTube informed the page that it could face a seven-day ban if it violates company policy again.

YouTube has a three-strike rule for channels that break the platform's rules. The first violation prompts a seven-day ban, the second strike brings down a two-week ban, and the final transgression triggers account termination if all three violations occurred within a 90-day period.