Army Deployed to Subdue Parliament Clash in Ghana Ahead of Inauguration, Reports Say 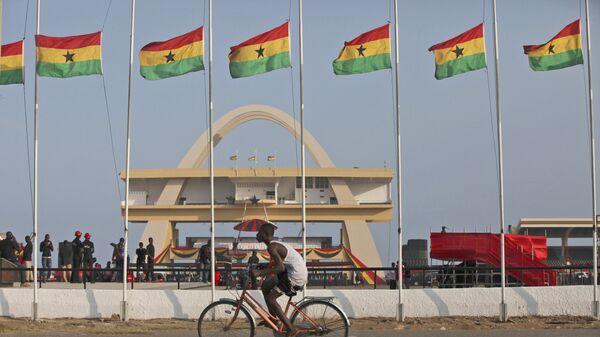 Henry Batyaev
All materialsWrite to the author
Chaos erupted at the Ghanaian parliament during a pre-inaugural session after lawmakers from the ruling party attempted to steal the box containing ballots cast during the vote for parliament speaker.

Ghana's army has been dispatched to suppress the dramatic clash between the opposing parties in parliament, AFP reported citing witnesses.

The scuffle, broadcast by national TV, erupted ahead of the swearing-in ceremony for the legislative body after an attempted theft of a ballot box during the vote for parliament speaker.

The clash comes after lawmakers from Ghana's New Patriotic Party secured 137 seats in parliament, against 136 by the opposition National Democratic Congress.

The International Monetary Fund predicts a 0.9 percent economic slump for the West African nation, which was badly hit by the coronavirus pandemic.