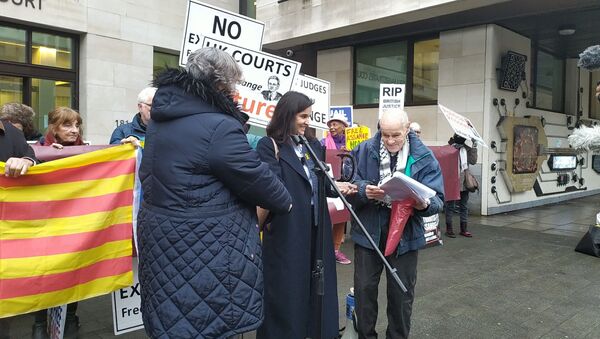 © Photo : Mohamed Elmaazi
Subscribe
Lilia Dergacheva
All materialsWrite to the author
Julian Assange should not be extradited to the United States to face charges of espionage and conspiracy to commit digital intrusion, District Judge Vanessa Baraitser ruled on the morning of 4 January 2021.

The US Justice Department has expressed its disappointment over a London court's ruling on Julian Assange, saying in a statement:

"While we are extremely disappointed in the court’s ultimate decision, we are gratified that the United States prevailed on every point of law raised. In particular, the court rejected all of Mr. Assange’s arguments regarding political motivation, political offense, fair trial, and freedom of speech".

District Judge Vanessa Baraitser announced the court's decision to block the potential extradition of the jailed WikiLeaks founder on 4 January, in a development deemed by Assange's supporters as the most important one in his two-year long extradition hearing proceedings.

"I am satisfied that Mr Assange has the intellect and determination to circumvent suicide prevention measures [in the US]", the judge said, after rejecting every other argument made by the defence in the case.

The decision was made solely based on the judgement that the WikiLeaks publisher was at too high a risk of suicide or self-harm if he were to be extradited to the US. The judge notably rejected the rest of the arguments raised by the defence against extradition.

The judge accepted that Assange, who is now incarcerated in HM Prison Belmarsh, would likely be subjected to high levels of isolation as well as Special Administrative Measures both before and after trial in the US that would severely impact his mental health.

The defence will now decide whether they will launch a bail application without delay, as the bail option is believed to now be available to Assange, or whether they would like to prepare more thoroughly.

It is currently unclear whether the US government will seek to appeal the decision. The prosecution must request permission to appeal it in the High Court within seven days of the date of Judge Baraitser's verdict. 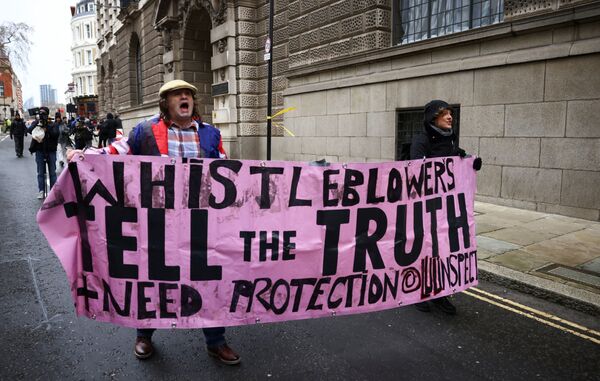 The US indictment against the award-winning author centres on his role in 2010-2011 in receiving and publishing classified logs from the Iraq and Afghanistan wars, Guantanamo Bay detainee files, and US diplomatic cables. The documents revealed war crimes as well as other criminality and abuse allegedly committed by the US government and American-backed forces across the world.

If convicted of all of 18 charges brought against him in the US, Assange faces 175 years in prison. There is no public interest defence for any charge brought under the 1917 Espionage Act. 17 out of the 18 charges against Assange fall under the legislation dating from the World War I period.

000000
Popular comments
US better stop persecuting people for telling the truth. Assange has been a prisoner since 2010. It is time he be freed. US regimes not proving anything good with their political and moral sadism toward him.
BillOwens
4 January, 18:45 GMT14
000000
BillOwens, No, but it does show the REAL US without its mask!