Moscow: Gaddafi Supporters Should Be Allowed to Participate in Libyan National Dialogue 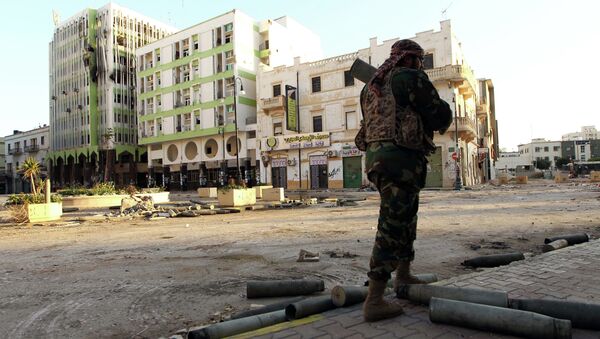 "We believe that the main responsibility for such important decisions and, what is more important, their implementation, must rest with the Libyans themselves", Vershinin said.

According to the official, such decisions must be worked out within a national dialogue with the broadest possible participation of Libyan political forces, including supporters of the Libyan National Army's [LNA] commander, Khalifa Haftar, and supporters of Muammar Gaddafi.

"In other words, if the predominant majority of Libyans find it necessary to hold elections as scheduled, then it should be so", he pointed out.

The Russian official endorsed the involvement of the United Nations via "technical and organisational support with respect to the country's sovereignty."

"At the same time, we are convinced that the elections are not the aim per se, but they rather should be incorporated in the much needed transformations in Libya that are called to achieve a true national reconciliation with the preservation of the country's integrity and formation of efficient power institutions", Vershinin added.

The Tunisian-hosted Libyan Political Dialogue Forum in December resulted in an agreement among Libya's political rivals to hold a general election in December 2021, the Russian diplomat recalled.

Libya has been divided between opposing governments since Gaddafi's overthrow and assassination in 2011. The LNA and a rival force known as the Government of National Accord control the country's east and west, respectively. The eastern-based House of Representatives is aligned with the LNA.