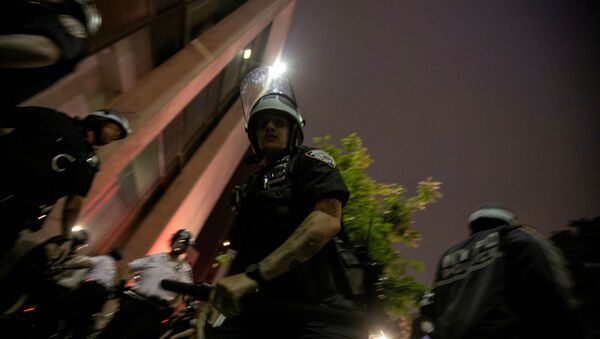 MOSCOW (Sputnik) - A man was shot dead by a police officer during a traffic stop in the US city of Minneapolis on Wednesday night, seven months after the killing of black American George Floyd sparked mass protests, media said.

Police Chief Medaria Arradondo said the felony suspect appeared to have fired first and officers returned fire, according to the Star Tribune newspaper. He promised to release footage from the officers’ body cameras on Thursday.

There was no immediate information on the identity and race of the deceased man or the officers involved in the shooting. Arradondo said he did not know whether any verbal exchange preceded it.

A hundred-strong crowd soon began gathering near the shooting scene, prompting the deployment of a police force. The paper said protesters hurled snowballs and shouted expletives at the police.

Floyd’s death on 25 May at the hands of four officers, who were later fired, triggered a wave of nationwide protests over racially motivated police brutality. The officer who used a chokehold on Floyd was charged with murder.