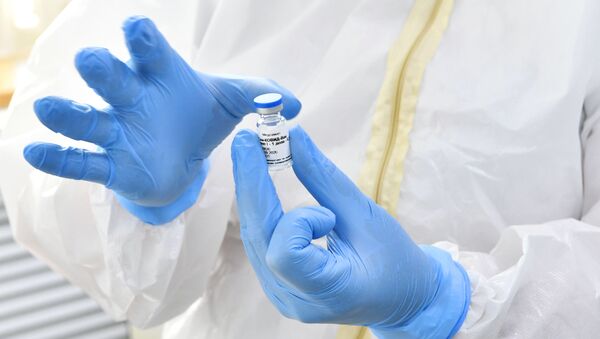 MOSCOW (Sputnik) - The supply of Russian vaccine Sputnik V to the United States and Europe will be limited due to geopolitics, Russian Direct Investment Fund (RDIF) CEO Kirill Dmitriev said on Tuesday.

"We are absolutely realistic that due to geopolitical restrictions, supplies to the United States, supplies to Europe will be limited, although we could, among other things, supply it to allergy patients who are now severely allergic to a number of other vaccines", Dmitriev told the Rossiya 24 broadcaster.

Dmitriev added that the fund will deliver the vaccine to Hungary and to Serbia, adding that the RDIF will also announce good news on Serbia in the near future.

"But we will move gradually with European countries", Dmitriev concluded.

He noted that the main markets were Latin America, the Middle East, Asia and Africa.

Sputnik V is the pioneer vaccine against the coronavirus — Russia officially registered it on 11 August. The vaccine, which is a two-component treatment based on the human adenovirus, is currently completing phase 3 clinical trials.

The vaccine has demonstrated to be more than 95 percent effective at preventing COVID-19 after three control points. According to researchers, Sputnik V is capable of building up immunity for more than two years.