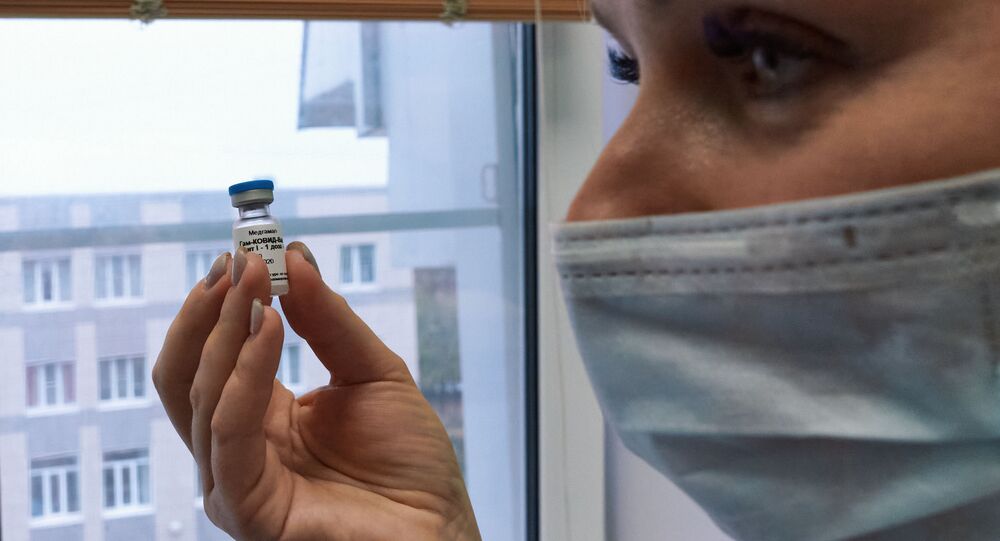 Earlier in the day, the Aerolineas Argentinas airline said that an Argentine plane that would deliver Sputnik V to the Latin American country landed in Moscow. The plane is expected to arrive in Buenos Aires on Thursday.

"The Russian Direct Investment Fund (RDIF, Russia’s sovereign wealth fund) announces the registration of the Russian Sputnik V vaccine against coronavirus by The National Administration of Drugs, Foods and Medical Devices of Argentina (ANMAT). Argentina was the first country in Latin America to officially register Sputnik V," the RDIF said in a press release.

According to the RDIF, the Argentine regulator approved the emergency use of the vaccine, based on the results of phase 3 clinical trials in Russia, without additional trials in the Latin American nation.

The vaccine's supply to Argentina will be facilitated by the Russian fund's international partners in India, China, South Korea and other countries, the press release added.

"Registration of the Sputnik V vaccine in Argentina without additional clinical trials in the country is a testament to Russian regulatory standards and the quality of clinical trials. We are ready to develop cooperation on the vaccine with other Latin American countries and we hope that they will take ANMAT’s decision into account," RDIF CEO Kirill Dmitriev said, as cited in the press release.

On 10 December, Russia and Argentina reached an agreement on the supply of 10 million doses of Sputnik V vaccine to the Latin American country.

Throughout clinical trials, Sputnik V — the first-ever COVID-19 vaccine registered in the world — has shown to be more than 90 percent effective at preventing COVID-19 after three control points. Earlier this week, Dmitriev said that the vaccine was effective against the new strain of the coronavirus, which was recently discovered in the United Kingdom.

The vaccine is currently going through phase 3 trials in Russia, as well as in Belarus, the United Arab Emirates and Venezuela.