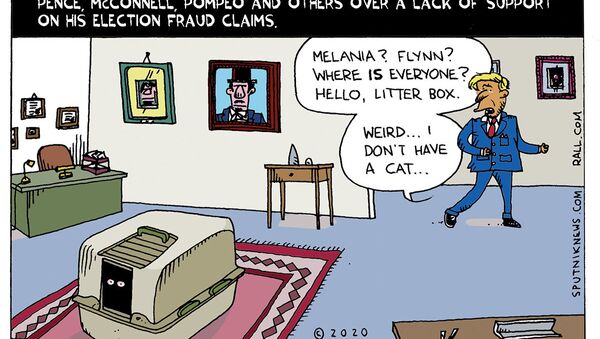 With just a few days left in the White House, reports suggest that US President Donald Trump is growing increasingly frustrated with members of his administration, especially those who have distanced themselves from his unsubstantiated voter fraud claims.

A new report from Axios said on Tuesday that top officials were keeping away from the West Wing, as Trump has turned his ire against a number of his high-profile allies, including US Vice President Mike Pence, Senate Majority Leader Mitch McConnell (R-KY) and US Secretary of State Mike Pompeo, among others.

The report adds that if officials are not inclined to “use the Department of Homeland Security or the military to impound voting machines,” Trump is considering them “weak and beneath contempt.”

The latest comes just three days after reports emerged from Axios that White House aides were growing increasingly concerned about Trump “spending too much time with people they consider crackpots or conspiracy theorists and flirting with blatant abuses of power.”

As Inauguration Day draws closer, Trump has remained adamant that the 2020 presidential election was stolen from him as a result of rampant voter fraud, an allegation that several administration officials have brushed away.