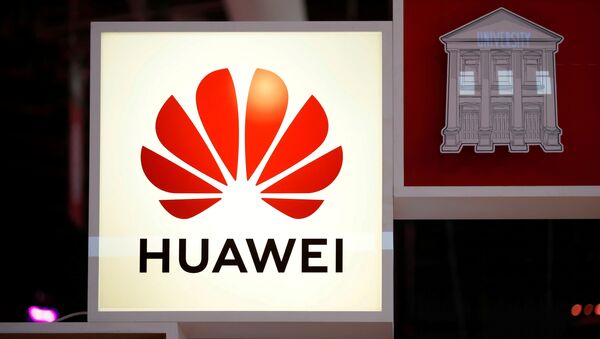 Demond Cureton
All materialsWrite to the author
The plant will start operations with roughly 300 employees and grow to around 500 long-term, and will produce kit for the Chinese tech giant's European client base, a report on Friday revealed.

Huawei Technologies plans to invest €200m to build a network equipment factory for mobile phones in eastern France, the company announced on Thursday as quoted by Reuters.

The Shenzhen-based tech firm unveiled plans to build the factory despite a potential crackdown from the French government on using network kit from the Chinese company.

Paris has not banned the company from French networks, but authorities warned tech firms buying Huawei kit they could not renew licences for them after they expired in a bid to phase them out of national networks.

German Cabinet Passes 5G Security Bill Avoiding Huawei Ban
The news comes after Berlin approved its IT security bill on Wednesday, which gave a conditional approval for Huawei to build German networks but required guarantees their equipment would not be used for spying. The bill must still pass in Parliament.

According to the Wall Street Journal, the bill marks a major setback in the Trump administration's tech war with Beijing after intense lobbying efforts to block Chinese tech firms from European partner nations.

Washington threatened to stop sharing intelligence with Germany if Berlin failed to block Huawei from its 5G rollout plans.

But execs from Deutsche Telekom AG have voiced concerns over such actions, stating that setting political targets on 5G spectrum auctions were blocking the EU's 5G rollout targets from deploying in a "fast and efficient manner".

“What we see at the moment is that auction of the 5G bandwidth is partly misused to introduce political goals, often in a discriminatory way that prevents efficient outcomes of the auctions and contradicts the original idea that auctions were designed for”, he said at an annual telecoms event in October.

The United Kingdom passed a Telecommunications Bill in November imposing heavy fines on national telcos failing to remove Huawei kit from British networks by 2027 following a blanket ban in July.

Huawei vice-president Victor Zhang slammed the bill as "disappointing" and "politically-motivated" in a statement.

Finland, home to telecoms giant Nokia, is also set to pass similar legislation that could potentially ban Huawei as an untrusted vendor from its networks.

Sweden's Post and Telecoms Authority also excluded Huawei from 5G mid-band spectrum auctions in the country, but the measure was later blocked indefinitely until courts could issue a ruling on the matter.

Science & Tech
5G Spectrum Auctions Misused to Push Political Goals Amid Wider EU Network Rollout, Policy Head Says
The Chinese IT giant and numerous mainland tech firms have been targeted by Washington's campaign to block Beijing from achieving tech dominance in global markets, namely after the former was blacklisted along with ZTE in May last year and on Friday, Shanghai-based chipmaker SMIC, citing national security concerns.
Newsfeed
0
Access to the chat has been blocked for violating the rules . You will be able to participate again through:∞. If you do not agree with the blocking, please use the feedback form
The discussion is closed. You can participate in the discussion within 24 hours after the publication of the article.
To participate in the discussion
log in or register
loader
Chats
Заголовок открываемого материала