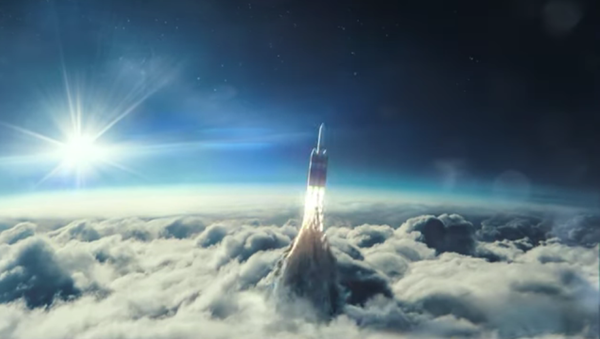 © Sputnik Screenshot
Subscribe
International
India
Africa
WASHINGTON, (Sputnik) - President Donald Trump instructed future US governments to develop nuclear power options to support human settlements on the Moon and Mars and provide propulsion for spacecraft and rovers to explore other planets, according to a new Space Policy Directive released by the White House on Wednesday.

"This memorandum establishes a national strategy to ensure the development and use of SNPP [space nuclear power and propulsion] systems when appropriate to enable and achieve the scientific, exploration, national security, and commercial objectives of the United States," the document, dubbed Space Policy Directive-6, said.

The directive sets a number of goals, including establishing a uranium-based nuclear power plant on the surface of the moon by 2027, and using nuke technology to explore Mars.

The Trump administration set a goal of returning US astronauts to the moon by 2024, building a permanent lunar colony, and sending humans to Mars.

While the directive focuses on developing nuclear power technology for space exploration, it also reflects an effort to maintain current US space exploration plans after Trump leaves office in January, 2021.