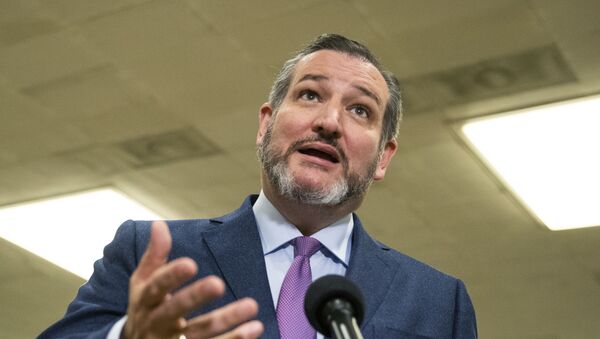 Evan Craighead
All materialsWrite to the author
The lawsuit, supported by 18 states, seeks to dismiss the US election results in Georgia, Michigan, Pennsylvania and Wisconsin based on allegations that all four states violated the US Constitution when they administered the November 3 election.

According to the suit, electors in Georgia, Michigan, Pennsylvania and Wisconsin should be blocked from being able to cast their votes on December 14 because the presidential election was compromised in said states.

"He has proven himself to be neither a genius in the law or a genius, frankly, in terms of an EQ ... He is a sad sack," Shapiro said during his appearance on CNN's "Cuomo Prime Time" with Chris Cuomo.

Pennsylvania AG Josh Shapiro reacts to a lawsuit in Texas aimed at overturning the election. pic.twitter.com/UEsiItPe3Q

While many GOP lawmakers, including the recent addition of five House representatives from Missouri and two from Kansas, have signed on in support of the Texas-led lawsuit, not all Republicans in Congress agree with the suit.

“I’m no lawyer but I suspect the Supreme Court swats this away,” Sen. Ben Sasse (R-NE) said in a Thursday statement.

“From the brief, it looks like a fella begging for a pardon filed a PR stunt rather than a lawsuit – as all of its assertions have already been rejected by federal courts and Texas’s own solicitor general isn’t signing on."

Earlier this week, the Supreme Court rejected a lawsuit filed by Rep. Mike Kelly (R-PA) that sought to nullify the certification of results in the Pennsylvania election.

“This was not my case as has been so incorrectly reported,” Trump claimed on Twitter. “The case that everyone has been waiting for is the State’s case with Texas and numerous others joining.”