Christmas Holiday Could Be Worse Than Thanksgiving for US COVID-19 Spread, Says Fauci 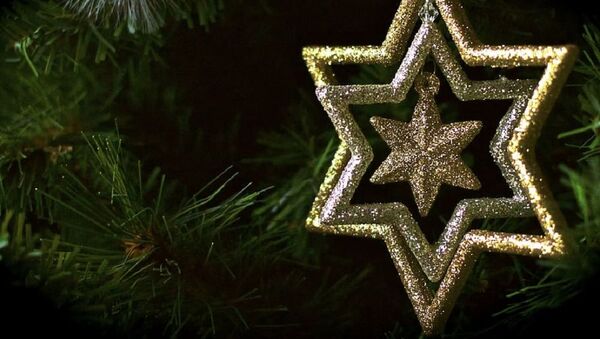 Gaby Arancibia
All materialsWrite to the author
Prior to the Thanksgiving holiday, multiple health experts and agencies warned Americans against traveling and gathering with families amid the COVID-19 pandemic; however, as many ignored the call, officials are now growing increasingly concerned that the upcoming holidays may see the respiratory disease surge even further in the weeks to come.

Dr. Anthony Fauci, who serves as a member of the White House coronavirus task force and the director of the US National Institute of Allergy and Infectious Diseases, warned on Monday that the Christmas holiday would likely be far worse than Thanksgiving when it comes to spreading SARS-CoV-2, the virus that causes COVID-19.

For Fauci, the difference is largely because the Christmas holiday is far longer than that of Thanksgiving, when families often gather for a short stay before returning home ahead of the new work week.

“With Thanksgiving, you know, it was just the end of the week and then you go back to work the next week,” Fauci explained to CNN’s "New Day" during an interview. “With Christmas, it starts several days before and it goes through Christmas” and into the New Year’s holiday.

“I think it could be even more of a challenge than what we saw with Thanksgiving,” he continued, noting that the situation is at a “very critical time in this country right now. We’ve got to not walk away from the facts and the data. This is tough going for all of us.”

The US reported more single-day records on Sunday after roughly 176,771 new COVID-19 cases were documented and the number of currently hospitalized patients hit 101,487, according to figures released by the COVID Tracking Project.

Of those hospitalized, some 20,145 individuals have been admitted to an intensive care unit. Approximately 7,094 were placed on a ventilator. As for the COVID-19 death toll, it reached 1,138 on Sunday, nearly half of the seven-day average reported by officials.

Recalling earlier warnings and data released by agencies, Fauci also indicated that he was “not surprised” by the current surge in coronavirus reports.

“It was predictable,” Fauci said, stressing that a combination of the cold weather and the holiday season is only going to promote the virus’ spread. “We had a high baseline of cases to begin with. Even at the time when things seemed to have been calming down, it never got down to a low baseline.”

However, it’s not all doom and gloom. The health official emphasized that if individuals continue to stay in line with preventive measures such as wearing a mask and maintaining social distancing, case numbers are likely to drop.

Fauci’s warnings come just days after the US Centers for Disease Control and Prevention (CDC) issued guidance on Friday that called for “universal face mask use,” even inside one’s home should a member of the household have been infected by or exposed to the virus.

At present, the US’ total COVID-19 case count has exceeded 14.8 million, according to Johns Hopkins University. The states reporting the highest daily tallies are, in order, California, Texas, New York, Florida and Illinois.

Forecasts released by the CDC suggest that in the week ending December 26, up to 1.7 million new COVID-19 cases may be documented in the US, and the death toll could reach roughly 329,000 over the next few weeks.