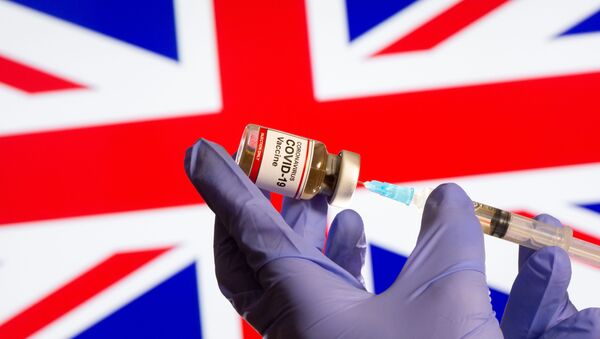 Jason Dunn
All materialsWrite to the author
As Britain is scheduled to leave the European Union at the end of December, which could cause jams at borders and disrupt supply chains, the National Health Service (NHS) is set to become increasingly strained by both the winter crisis and the administration of mass coronavirus vaccinations.

The United Kingdom is set to face the double-pronged challenge of both a health crisis and Brexit-related delays as it looks to introduce the first vaccination programme by the end of 2020.

Westminster is optimistic that an end is in sight for the pandemic as the UK becomes the first country to approve the Pfizer/BioNTech coronavirus vaccine, whichoffers up to 95% protection against Covid-19 according to the Medicines and Healthcare products Regulatory Agency (MHRA), and has been held up as a decisive moment in the fight against the global catastrophe. 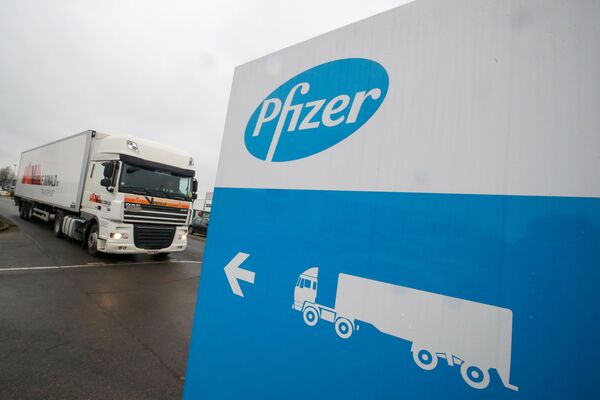 However, concerns grow that the consequences of the UK’s withdrawal from the European Union at the end of December could complicate the response to the pandemic as well as trade.

“There are going to be delays at the borders and it is going to take the EU and UK a while to get used to trading under the new system and it is possible that imported equipment necessary for dealing with the pandemic gets caught up in that," said Same Lowe, a former member of the Department for International Trade’s Strategic Trade Advisory Group, now serving as a senior research fellow at the Centre for European Reform.

“It is a big thing for the Cabinet Office. There are two huge logistical challenges happening simultaneously".

Lowe also stressed that even with a Brexit deal, the end of the UK’s transition out of the EU will see significant disruption at ports and on the roads during the new year, which will inevitably lead to supply chain issues.

“A deal does not remove the need for customs declarations, import and exports procedures or regulatory barriers to trade,” he said.

“Those controls will be ones that will be new. They have not had to take place during our membership of the single market or customs union or during the transition. They are additional controls." 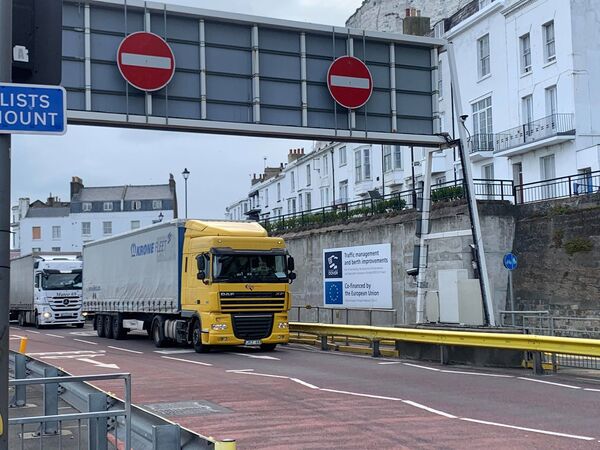 An IT system, known as the Goods Vehicle Movement Service, is rented to permit drivers to present a reference at the Dover border and neutralise any potential concerns.

While the French equivalent has been in place for 18 months, its British counterpart will only be releasing a beta version for launch later in December, leaving businesses with just a few days to work around it.

“It’s going to be a disaster for supply chains, somewhere between a shambles and a catastrophe. No one can be sure what goods are not going to cross the border. You do not know what is not going to be on your shelves because something is stuck on a truck somewhere", predicted Duncan Buchanan, policy director of the Road Haulage Association.

According to The Observer report, Buchanan says he has “complete confidence” that vaccines can be supplied up to 31 December – but the price of importing other goods, including food, will see further delays.

However, Simon Evans, who works for a supplier for one of the UK's major supermarket chains said in September that trouble along the Kent border is entirely manufactured and unnecessary.

“Crossed between the blatant incompetence and the people who didn’t want it to happen and thought if they hold out long enough the British public would cave in. Then you’ve got the European Union who’ve made sure that this can’t be a success because if it does there will be others who will want to follow suit,” he said. 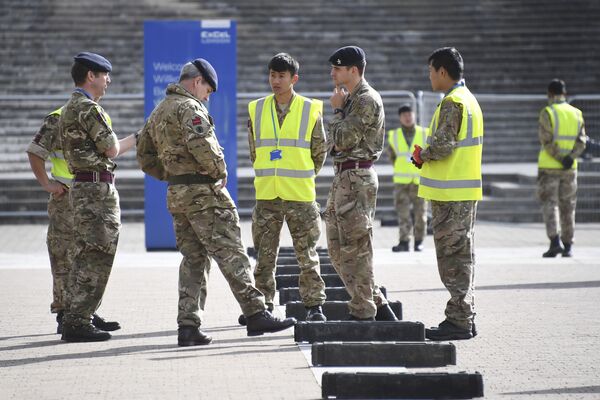 British Army soldiers get instructions outside the ExCel center which is being turned in to a 4000 bed temporary hospital for coronavirus patients in London, Tuesday, March 31, 2020.
© AP Photo / Alberto Pezzali

Meanwhile, the NHS had a staff shortage numbering approximately 100,000  prior to the pandemic, an NHS finance report in the BBC revealed in February 2018. Health leaders say that those suffering from the pandemic, as well as others on delayed waiting lists for other procedures, will also need treatment.

“Clearly the perfect storm would be if we have the combination of a third surge at the end of January, triggered perhaps by the looser rules over Christmas, and a cold snap, and the massive backlog of treatment for people that was delayed from the first phase – and having to do the vaccinations at the same time. That would be the nightmare scenario. We don’t how likely that is but it is certainly a possibility that can be envisaged," Chris Hopson, chief executive of NHS Providers, told the Observer.

He added that the service would be conducting a "great deal of the vaccination in January, February, and March, when we are always the most stretched".

"We are obviously looking for volunteers beyond the NHS, St John’s Ambulance, for instance, but if we have to use significant numbers of our staff for the vaccination, that means that they won’t be able to do other work," he said.

The Observer reported that civil servants in the Ministry of Defence and military staff are looking into using the military to assist with the Vaccine Taskforce – including with transporting the product using military aircraft – if Brexit leads to jams at borders or in the event of other emergencies.

Before scientists were certain a vaccine would be approved for use in the UK before the end of the year, the MHRA put out an urgent appeal in September, indicating that even if a vaccine were to be rolled out soon, the situation would be far from easy.

“The MHRA urgently seeks an artificial intelligence (AI) software tool to process the expected high volume of Covid-19 vaccine-adverse drug reactions (ADRs) and ensure that no details from the ADRs’ reaction text are missed. For reasons of extreme urgency under Regulation 32(2)(c) related to the release of a Covid-19 vaccine, MHRA have accelerated the sourcing and implementation of a vaccine specific AI tool…”, the call said.

Are you worried that a Covid vaccine may not be safe?

​This comes as the UK population is significantly wary of the introduction of the vaccine. According to a new Opinium poll for the Observer, a third (35%) of the public say they are unlikely to take the Covid-19 jab upon availability, 48% worry about its safety, 47% are concerned it will not be effective, and 55% worry about potential side effects.

Vaccinations are set to begin from next week with care home residents and staff to receive it first, followed by key healthcare workers and later going down by age-group from oldest to youngest.