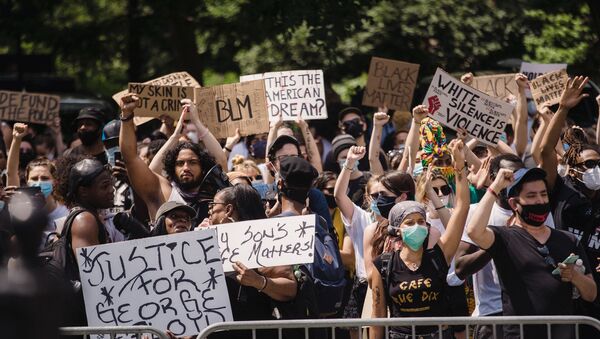 CC0 / Life Matters//Pexels /
Subscribe
International
India
Africa
Kneeling before kick-off has become a customary gesture at the beginning of football matches in the UK. Upon their return after nine months cessation, the reaction of Millwall supporters reactions to the gesture were expected by players.

Returning to The Den for the first time since March, up to 2,000 supporters were permitted to enter stadiums in tier two locations, including in London.

Both teams took the knee before kick-off only to be met with booing from the 2,000-strong crowd and shouts of "get up".

Millwall began to trend on Twitter after the incident, with mixed reactions from social-media users.

Kick It Out's head of development Troy Townsend retweeted the footage, saying he hoped the commentator would highlight the fact of the booing.

​Pundit and former player Gary Lineker said that only a minority of the Millwall fans did not boo the players.

​Some, however, supported the crowd's disapproval accusing BLM of being "Marxist".

​Since live football tournaments restarted in June, teams across the country have been demonstrating their support for BLM before games begin.

EFL clubs have also put the message 'Not Today or Any Day' on their shirts in order to highlight the campaign, which has the stated aim of combatting all forms of racism.