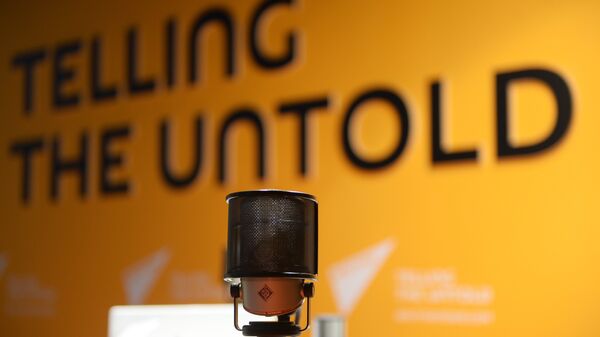 MOSCOW (Sputnik) - Employees of the Baltnews and Sputnik Latvia news websites have been charged with violating the EU sanctions regime. They were searched and a written undertaking not to leave the country was taken from them.

According to Sputnik Latvia, the charges were brought under Article 84 of the Latvian Criminal Law – violation of the EU sanctions regime, with punishment ranging from a monetary fine to imprisonment.

"Latvian citizens are accused of violating the sanctions regime because of their work for the Rossiya Segodnya International Information Agency. According to Latvia, Lithuania and Estonia, Rossiya Segodnya is subject to personal EU sanctions imposed on the agency’s general director, Dmitry Kiselev, in 2014. The employees of the sites were searched, equipment and communications were confiscated. After interrogations, a non-disclosure statement was taken", the SputnikLive Telegram channel says.

By its actions against employees of Baltnews and Sputnik Latvia, Riga grossly violates OSCE commitments on freedom of speech, the Russian permanent mission to the organization said on Thursday.

"We are concerned about the information that the employees of Baltnews and Sputnik Latvia have been charged under a criminal article of violating EU sanctions regime, and the searches being carried out there. This is another flagrant violation by Riga of OSCE commitments on freedom of speech and access to information," the Russian mission said on Twitter.

In late 2019 Sputnik Estonia was pressured by the country's authorities into shutting down its operations in the country. The authorities cited EU sanctions imposed on Dmitry Kiselev, the head of the Rossiya Segodnya International Information Agency, which includes Sputnik Estonia. However, the outlet itself has not appeared on any sanctions lists.