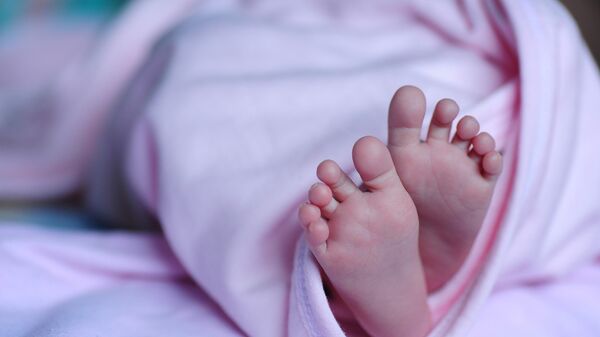 Evan Craighead
All materialsWrite to the author
Following their in vitro fertilization journey, the Knoxville, Tennessee, family welcomed a baby girl born of one of nearly 300 embryos annually adopted or transferred via the city's National Embryo Donation Center.

“I never thought I would be able to have a pregnancy, have a baby, such a miracle such a sweet, sweet miracle,” Tina Gibson said to WATE, some weeks after giving birth to a daughter, Molly Everette Gibson.

Dr. John Gordon, an IVF specialist, detailed that industry technology has helped places like the Knoxville NEDC to perform increased amounts of embryo adoptions and transfers.

In Tina's case, the NEDC worked with her and husband Benjamin Gibson through the clinical process of embryo adoption and an embryo transfer into her uterus.

“The ability to freeze these embryos in liquid nitrogen at negative 170 degrees, will keep them in the state of animation,” Gordon told WATE. “When you think about embryos being frozen, they are a group of cells that have the potential to go on and become a baby.”

The Gibson family told the outlet that they had struggled with infertility prior to the birth of their first child, Emma Wren, in 2017.

"With Emma, we were just so smitten to have a baby," the mother said to CNN on Tuesday.

The family acknowledged the medical concerns regarding the age of the embryos, both of which were frozen on October 14, 1992.

"With Molly, we're the same way. It's just kind of funny -- here we go again with another world record," the mother remarked.

According to Dr. Jeffrey Keenan, who also spoke to CNN, there is no known evidence of an embryo's age impacting the outcome of a pregnancy.