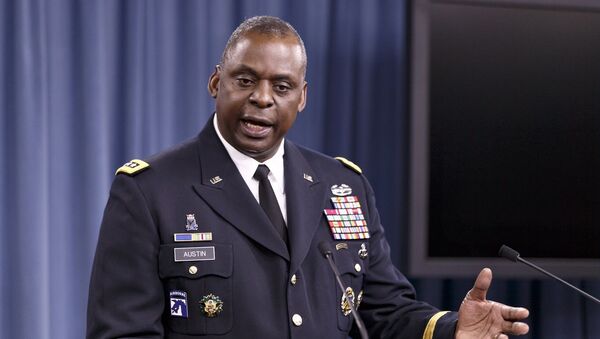 If appointed, Austin will be the first African American chief of the Pentagon in US history. According to the Axios news outlet, Biden's team is facing pressure to appoint an African American official as a senior member of the cabinet.

How Joe Biden Picked Hawks Over Sanders and Warren While Assembling His Would-be Administration
The shortlist of the candidates for the chief of the Pentagon also includes former secretary of the Department of Homeland Security Jeh Johnson, female veteran and Senator Tammy Duckworth and female former Under Secretary of Defense for Policy Michele Flournoy.

Flournoy was thought to be a frontrunner, but later other factors – such as race, experience and Biden's comfort level – came into play, Axios reported, citing its sources. Austin headed the US Central Command between 2013 and 2016, after which he announced his retirement.