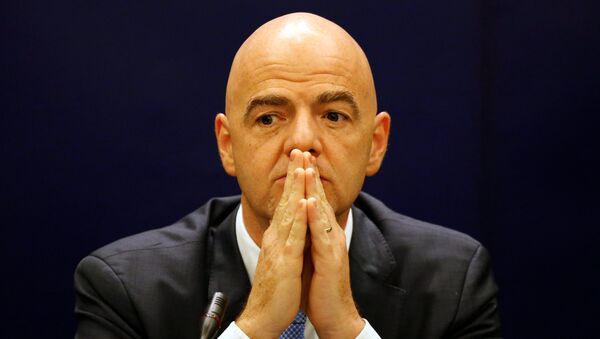 On Wednesday, the Argentine Football Association confirmed that Maradona had died of a heart attack at the age of 60 and expressed its regret over the death of "our legend", saying he will "always be in our hearts".

“Today is an unbelievably sad day. Our Diego left us. Our hearts – of all of us who loved him for how he was, and for what he represented – have stopped beating for a moment. Our silence, our tears, our pain is the only thing we are feeling deep inside us at this time”, Infantino said on late Wednesday, as quoted by FIFA.

Diego Maradona: The Boy From The Barrio With The Feet Of Gold And The 'Hand Of God'
The FIFA head has praised the role of Maradona in making people fall in love with football.

“Diego may be eternal now, but for forever, Diego will also have a most prominent place in the incredible story of all football fairy tales. Our deepest sympathy goes to his family and friends at this difficult time. Rest in peace, dear Diego. We love you”, Infantino said.

On October 30, Maradona was taken to a hospital for medical examination. The authorities later announced that the former football player had undergone brain surgery to remove a blood clot due to a subdural hematoma. Maradona was discharged from the facility on November 12.