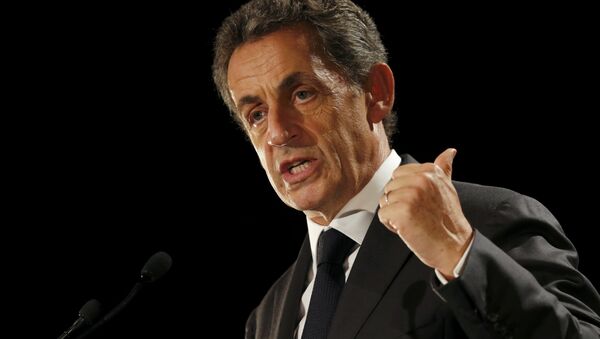 © REUTERS / Philippe Wojazer
Subscribe
International
India
Africa
Former French President Nicolas Sarkozy, 65, has faced several investigations since the end of his tenure in 2012, including two cases involving the suspected illegal financing of his presidential campaigns in 2007 and 2012.

Sputnik goes live from outside the general court of Paris this Monday as former French President Nicolas Sarkozy attends the first day of a trial on charges of corruption and influence peddling in a phone-tapping scandal.

Sarkozy and Herzog are suspected of promising Azibert a job in Monaco in exchange for information on the investigation into the alleged illegal financing of Sarkozy's 2007 presidential campaign.

In 2014, Sarkozy and Herzog used secret mobile phones as they were concerned that their conversations were being tapped. While Sarkozy claims that they just didn't want to be tapped illegally, the judges suggest that they both knew they were tapped by judicial investigators on their official phones.

Though Azibert didn't receive any job and retired in 2014, investigative judges think that the offered deal already constitutes a criminal offence.

The defendants, who deny any wrongdoing, face a prison sentence of up to 10 years and a maximum fine of 1 million euros ($1.2 million).

Court hearings are scheduled to last until 10 December.