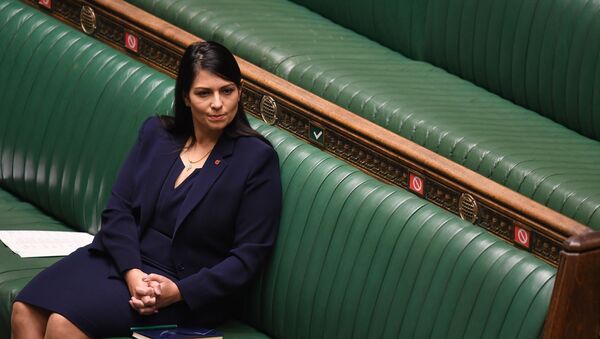 Oleg Burunov
All materialsWrite to the author
Last week, UK Prime Minister Boris Johnson said that he had "full confidence" in Home Secretary Priti Patel after she was accused of bullying civil servants.

The Sunday Times has cited an unnamed source as saying that British Prime Minister Boris Johnson may demote UK Home Secretary Priti Patel over her alleged incompetence and inability to resolve the Channel migration crisis.

Speculation about such a reshuffle, which may occur before the end of this year, comes as Patel is accused of bullying civil servants, something that she has repeatedly rejected. 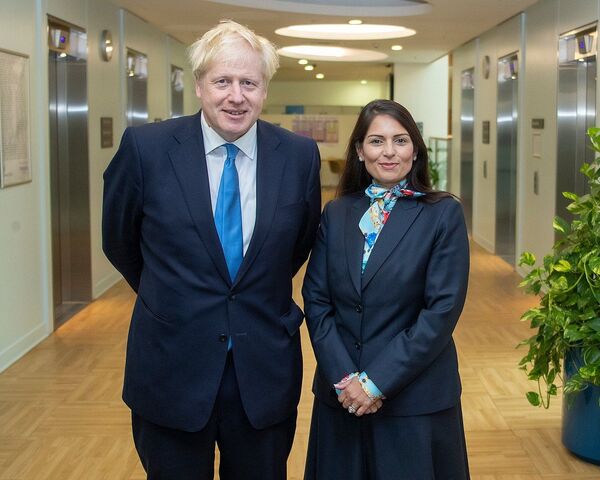 The source claimed that Johnson was tired of the Home Secretary's failure to contain the surge of refugees entering the UK by boat.

Over the past summer, some 5,000 people made the often perilous journey across the English Channel from France to the UK in dinghies and small boats to claim asylum, an enormous spike from the 1,890 who arrived in 2019.

"The view of the political operation in No 10 was that she should be protected. But there is also a view that she should be reshuffled on competence grounds. There is continual frustration that the Home Office has not got a grip on things, the small boats in particular", the insider argued.

According to The Sunday Times, Patel may be replaced by Policing Minister Kit Malthouse, Minister for the Cabinet Office Michael Gove, or Foreign Secretary Dominic Raab. Patel herself is tipped to be nominated for Tory party chairman.

Johnson Reportedly Stands Up for Patel

This comes amid reports that Johnson tried to "water down" an inquiry that found Patel engaged in bullying against her staff, according to sources spoken to by Sky News.

The PM reportedly tried to convince his ministerial standards adviser, Sir Alex Allen, who was carrying out the inquiry into Ms Patel's conduct, to "tone down" his conclusions about the Home Secretary having engaged in bullying, including reported instances of shouting and swearing.

Allen finally resigned late last week after Johnson overruled his conclusion that Patel had in fact breached the ministerial code by bullying her staff, which allegedly included her telling civil servants that they were "f****** useless".

Shadow Business Minister Lucy Powell told Sky News that "if you are found of breaking the ministerial code, your position is completely untenable".

What's Behind Boris Johnson's Decision to Back Priti Patel Despite Bullying Report?
"I think it's appalling the prime minister has decided to back her instead of sacking her", Powell added.

She spoke as Patel extended apologies for her "behaviour in the past", adding that it was never her intention "to cause upset to anyone".

"I work with thousands of brilliant civil servants every single day and we work together, day in, day out to deliver on the agenda of this government. I am absolutely sorry for anyone that I have upset", she underscored.