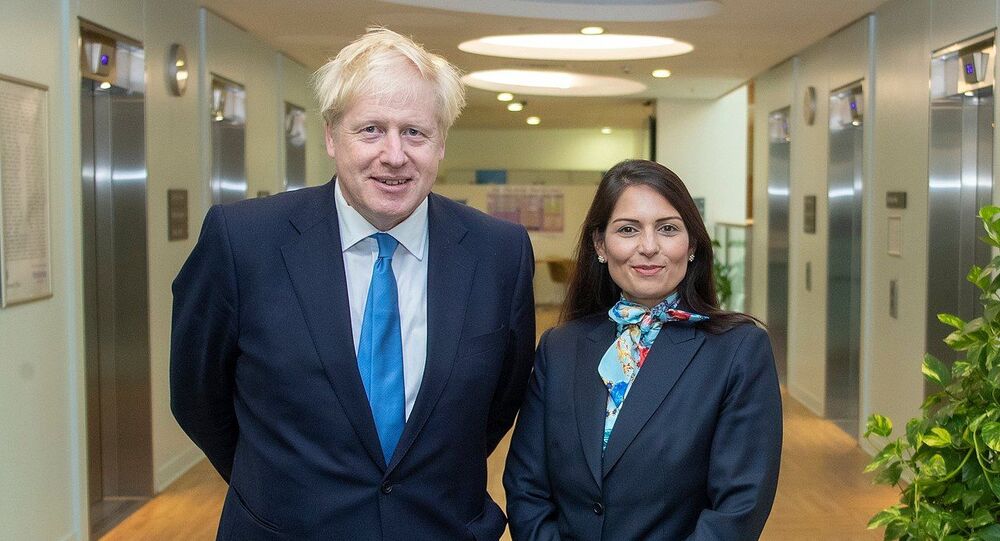 Immigration lawyers allegedly seeking to make money from legal aid have been criticised for obstructing lawful attempts to remove migrants who should not be in the UK, amid the government’s call for tougher measures to deal with a recent surge in illegal immigrants to the UK in 2020.

The UK Prime Minister Boris Johnson and Home Secretary Priti Patel have been accused of endangering the personal safety of those working in the justice system through their allegedly “abusive attacks” on the profession and a group of legal luminaries are demanding that they should apologise, reports The Guardian.

Johnson and Patel are also slammed for allegedly displaying “hostility” towards lawyers and undermining the “rule of law”, in a letter signed by more than 800 former judges and senior legal figures, including three former justices of the UK supreme court, five retired appeal court judges, three former high court judges, and the lawyer heads of four Oxford University colleges.

The letter states the deep concern at “attacks, made by the home secretary and echoed by the prime minister”, on lawyers “seeking to hold the government to the law”.

“Such attacks endanger not only the personal safety of lawyers and others working for the justice system, as has recently been vividly seen; they undermine the rule of law, which ministers and lawyers alike are duty-bound to uphold. We invite both the home secretary and the Prime minister to behave honourably by apologising for their display of hostility, and to refrain from such attacks in the future,” reads the letter, according to the outlet.

The former director of public prosecutions Lord Macdonald QC voiced his support for those who signed the letter, saying:

“The home secretary may not grasp the indecency of her language, but the prime minister should know better. Lawyers who represent demonised people are always attacked by populist politicians, but it is demeaning to our country and its institutions that the government itself is now dipping into this disreputable playbook.”

The former Supreme Court justice Lord Dyson was quoted by The Guardian as denouncing the “inflammatory language” resorted to by Patel and Johnson.

“We all know what happens when people in high places and in power resort to language of that kind … they are whipping up emotions without justification. It’s dangerous,” warned Lord Dyson.

In response, a government spokesperson was quoted as saying:

“The government rejects the underlying insinuation in this letter and is clear any form of violence is unacceptable. Lawyers play an important role in upholding the law and ensuring people have access to justice. They are however not immune from criticism.”

The letter came as a man armed with a knife was earlier accused of carrying out a racist attack at a firm of immigration lawyers.

Cavan Medlock, 28, had allegedly visited the offices of Duncan Lewis Solicitors in Harrow and threatened to kill a member of staff in September. He reportedly blamed lawyers at the firm for preventing the removal of immigrants from the UK.

The developments follow a spate of rhetorical verbal barrages aimed at the legal profession by Johnson and Patel.

Thus, an animated clip blaming “activist lawyers” for frustrating the Home Office’s efforts to deport people with no legal right to remain in the UK was posted on its Twitter feed in August, using the phrase “activist lawyers”.

The video said the current asylum system was "open to abuse", allowing lawyers to "delay and disrupt returns" of people. The footage was later removed.

The Home Office had confirmed that a charter flight scheduled to due to depart to Spain carrying asylum seekers who entered the UK on small boats had been cancelled, reportedly amid a high number of legal challenges.

In early October, the Home Secretary echoed the stance at the Conservative party conference.

Prime Minister Boris Johnson fed into the rhetoric with his conference speech, vowing to prevent “the whole criminal justice system from being hamstrung by what the home secretary would doubtless – and rightly – call the lefty human rights lawyers, and other do-gooders”.

Johnson has been urging tougher measures to deal with the spike in illegal immigrants crossing the Channel into Britain in small boats in 2020.

A Home Office spokesperson underscored in a statement that violence against lawyers was “utterly unacceptable”, adding:

“We will continue to return those who have been through the legal system, had their application for asylum refused and have no legal right to remain in the UK, and look forward to working with the legal sector to reform our immigration and asylum system”.

Netizens weighed in on the letter and the accusations aimed at Boris Johnson and Priti Patel. Some deplored blatant lack of “respect for UK rule of law”.

I thought Priti Patel was all about law & order and wanted ‘criminals’ to feel terror.

Shame she can’t respect UK rule of law herself.

'Undermine' it? This government have openly said they will break it. International law. What kind of a cartel is this?

Johnson and Patel have set a nasty tone for politics!

All tories have had a humanity, decency and honesty bypass. Their skin is thicker than Tony Blair's.

​Some netizens adopted a different stance, calling on the politicians “not to apologise”.

Dont you dare apologise to the lawyers

Immigration Rules Are a Farce