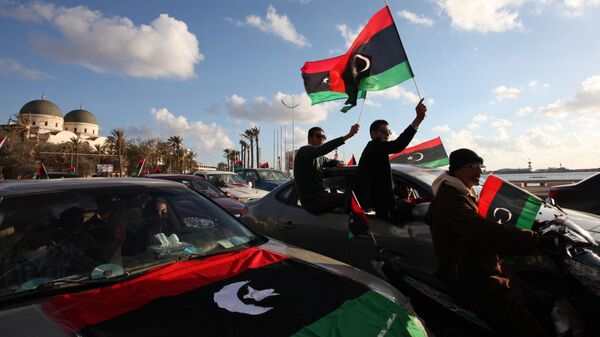 According to the UN diplomat, the parties reached a preliminary agreement on the roadmap to parliamentary and presidential elections in the country, as 18 months are left before the voting takes place.

Participants of the talks on Libya have agreed on a plan to unite the country's institutions, Acting Special Representatives of the UN Secretary-General for Libya Stephanie Williams said on Wednesday, as the Libyan Political Dialogue Forum (LPDF) is underway.

Earlier in the day, the UN mission released a draft political road map, according to which the forum will end with an appointment of a transitional government. The proposed plan entails the formation of a transitional Presidential Council and government, both of which are supposed to be comprised of members representing all of Libya's three key regions — Cyrenaica, Fezzan, and Tripolitania.

The council will consist of a leader and two deputies. The head of government and his two deputies will also represent different regions.

Following the approval of the composition of the government by the House of Representatives of Libya and the Supreme State Council in the country, a transitional period, which should not exceed 18 months, is planned to begin. The transitional period must conclude with presidential and parliamentary elections.

The LPDF began in the Tunisian resort city of Gammarth on Monday and will run until 20 November. The forum, which is being held under the auspices of the UN Support Mission in Libya, is attended by 75 delegates from various sectors of Libyan society.

Many Libyans are critical of the forum or treat it with skepticism. The main discontent of both politicians and ordinary citizens is the inclusion of names previously unknown in the country in the list of negotiators, as well as a large group of supporters of the Muslim Brotherhood*.

Since the murder of Libya's long-time leader Muammar Gaddafi in 2011, the country has been divided between the two opposing governments. The administration known as the Libyan National Army (LNA), headed by Khalifa Haftar, controls the country's east, while internationally-recognised Government of National Accord (GNA) controls Libya's west.