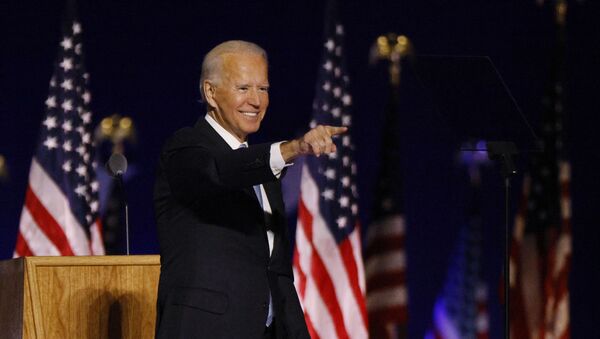 Daria Bedenko
All materialsWrite to the author
After Joe Biden was projected to win the presidency by the media on Saturday, he declared himself the winner of the presidential race and received congratulations from world leaders and celebrities, although some votes remain to be counted and President Donald Trump has stated repeatedly that he will challenge election results in court.

Addressing the nation on Saturday, projected president-elect Joe Biden said that he won the election with the most votes cast in US history, and pledged to "make America respected around the world again" while noting that his "clear, convincing victory" got "the most votes ever cast on the presidential ticket in the history of the nation".

He promised "not to divide but unify" as president, and urged Americans to stop treating opponents as "enemies" while asking Trump supporters to "give him a chance".

He also vowed to govern as "an American president, not a Democrat", who "doesn't see Red and Blue states, but the United States". 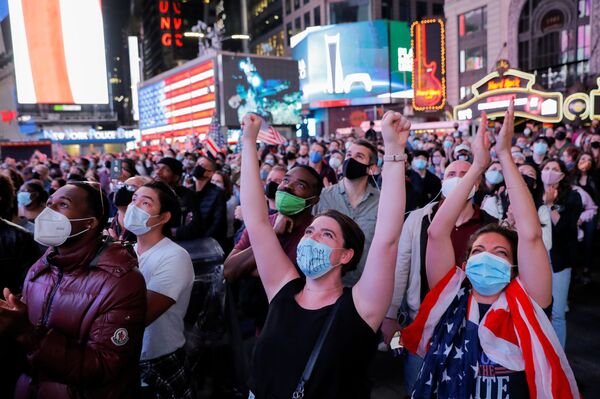 Elaborating on his mandate, Biden outlined dealing with climate change and systemic racism as key issues, also pledging to create on Monday a group of "leading scientists and experts" to "help take the Biden-Harris COVID plan and convert it into an action blueprint that will start on 20 January, 2021".

"Our work begins with getting COVID under control, we cannot repair the economy, restore our vitality or relish life's most precious moments … all the moments that matter most to us until we get it [the virus] under control", he said.

Saying "let this era of demonisation of America begin to end now", Biden asserted that the US will "lead by power of its example".

"Tonight, the whole world is watching America. I believe at our best America is a beacon for the globe. And we lead not by the example of our power, but by the power of our example", the Democrat stated. 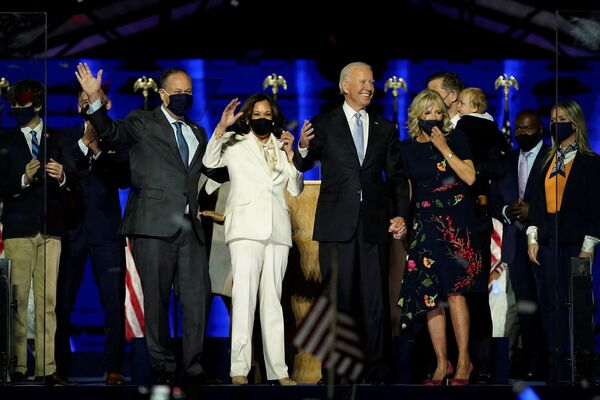 Kamala Harris, Biden's vice-president, spoke before Biden appeared on stage, thanking Americans for "turning up in record numbers" and choosing "hope and unity".

"For four years, you marched for equality and justice [...] and then you voted. You delivered a clear message, you chose hope and unity, decency, science and yes, truth, you chose Joe Biden as the next president of the United States of America," said Harris.

She also expressed confidence that she "will not be the last woman in this office".

"While I may be the first woman in this office, I will not be the last - because every little girl watching tonight sees that this is a country of possibilities", Harris stated. 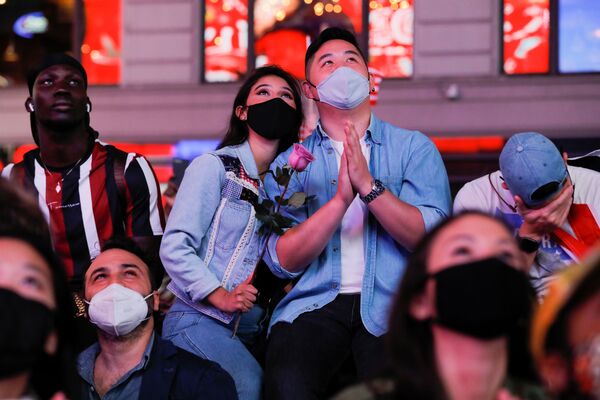 Amid projections by US media that the Biden-Harris ticket is victorious in the 2020 White House contest, sitting President Donald Trump is repeatedly claiming voter fraud and accusing Democrats of attempting to "steal the election".

While the US media, leaders of several countries and celebrities are referring to Biden as the winner of the presidential race, POTUS is nonetheless insisting that he won the election with 71,000,000 "legal votes".

Trump's campaign has unsuccessfully filed several lawsuits in multiple states, insisting that Republican observers did not have "meaningful access" to the ballot counting locations, while also pointing at many "rejected" ballots, particularly in the state of Arizona.

On Saturday, Trump vowed to start "prosecuting our case in court to ensure election laws are fully upheld and the rightful winner is seated", beginning Monday.