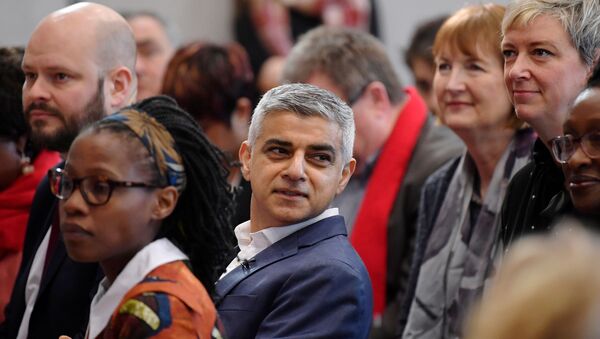 James Tweedie
All materialsWrite to the author
The deal between London Mayor Sadiq Khan and Prime Minister Boris Johnson's government will see free travel on public transport for schoolchildren and pensioner continue and no expansion of the Congestion Charge zone. But £160 million cost savings will have to be made on the network.

Rail unions have called £160 million in cuts as part of a bailout of Transport for London (TfL) "troubling" - and hinted at strike action.

"It is deeply troubling for TFL staff that this short term deal is loaded with strings that amount to at least £160 million of cuts with the very clear threat of worse to come," Cash said.

"RMT has said from the outset that TFL staff who have been there day in and day out at the sharp end keeping essential travel operating and London moving should not pay the price for this pandemic. We will fight any attempt to attack jobs, pensions, working conditions and safety."

Transport Salaried Staff Association (TSSA) General Secretary Manuel Cortes gave the news a cautious welcome, but warned the bailout would be scrutinised for its impact on his members' jobs.

Both unions organise workers on the London Underground and suburban National Rail networks which carry up to 7 million passengers a day.​

London Mayor Khan Urges UK Government to Scrap Pub, Bar Curfew to Help Businesses
Khan boasted that he had saved free travel passes for 5 to 18-year-olds and over 60s from the Tory government axe under the deal, and that the congestion charge zone for most private vehicles would not be extended outside the city centre, although the basic charge will remain at the "temporary" £15-per-day level. He also said public transport fares would not rise higher than he had already planned.

But Downing Street pointed out that the Freedom Pass for over 65s is paid for by London's 33 borough councils, not TFL. Central government also pays for free travel for schoolchildren who live more than three miles from their school or who receive free school meals.

Council tax bills for Londoners will have to rise by £30 to £50 for a band D home from April next year to pay for the bail-out.

​And Shaun Bailey, the Tory mayoral candidate in next year's election, blamed Khan's "mismanagement" of TfL for the service having to be bailed out for the second time this year - after a £1.6 billion cash injection in May.

000000
Popular comments
When people are told that London Mayor Sadiq Khan, Prime Minister Boris Johnson's, and many other prominent so-called elected politicians have no power other than serving the Globalist elite against the interest of the people who elect them, they shout out very loud: "CONSPIRACY THEORY"