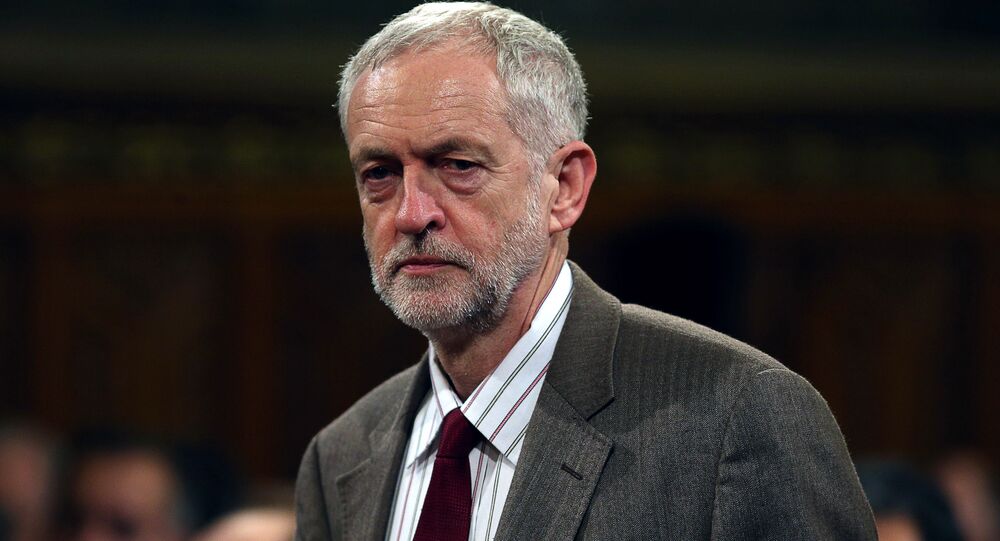 On Thursday, former UK Labour leader Jeremy Corbyn was suspended from the party following his comments on the Equalities and Human Rights Commission's Labour-related report into allegations of anti-Semitism.

In a joint statement on Saturday, seven UK union leaders hinted that they may stop funding Labour if its former leader Jeremy Corbyn is expelled from the party following his recent suspension over his anti-Semitism-related remarks.

The leaders voiced "serious concerns" about the developments, urging the party to "repair the damage" and cooperate with them to ensure a "fairer, unifying way forward".

At least five unions that reportedly remain loyal to Corbyn have donated £30 million ($38 million) to the party over the past five years.

The Sun has reported that Labour risks losing a whopping £6 million ($7 million) a year in funding if the standoff is not resolved.

The warning from the unions comes a day after new Labour leader Sir Keir Starmer told the BBC that he is not looking for a "civil war" in the party following his suspension of Corbyn.

Starmer said that he doesn't think "there's any need" for such a war, adding, "I want to unite the party, but I'm not going to renege on my commitment to root out anti-Semitism".

Labour-affiliated super-union Unite General Secretary Len McCluskey, for his part, called Corbyn's suspension a "gross injustice" and warned of "chaos" in the party and electoral defeat as a result.

"This was a day for our party to move forward as one to defeat the evil of anti-Semitism. However, the decision to suspend Jeremy Corbyn has threatened that opportunity", McCluskey argued.

© REUTERS / Hannah McKay
Labour Party to Pay “Substantial Damages” to Anti-Semitism Investigation Whistleblowers
The remarks followed the independent UK watchdog Equalities and Human Rights Commission (EHRC) publishing a lengthy report claiming the group had found evidence that under the leadership of Jeremy Corbyn, who stood down in April, a significant number of complaints related to anti-Semitism were not investigated at all, and that there was political interference in the handling of such complaints.

Reacting to the report, Corbyn admitted the existence of anti-Semitism in the Labour Party "as there is throughout society", but said that "the scale of the problem was also dramatically overstated for political reasons" by his opponents. He later stressed in a tweet that it was wrong to deny there was a problem with anti-Semitism in Labour.