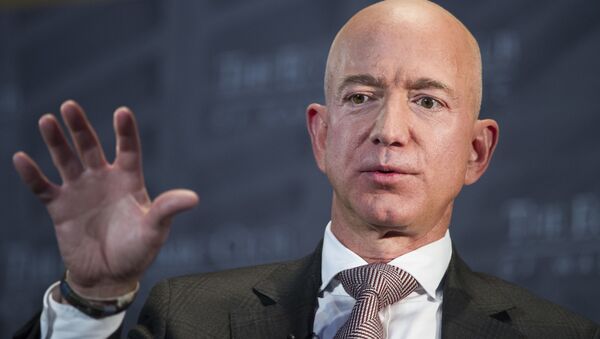 Andrei Dergalin
All materialsWrite to the author
Virtually all of the top ten people listed in the Bloomberg Billionaires Index appeared to have sustained massive financial losses on the same day.

The fortune of Jeff Bezos, Amazon's founder and the richest man in the world, has ended up taking a not-insignificant hit as he ended up losing billions of dollars in a single day, 28 October.

According to the figures featured in the Bloomberg Billionaires Index (BBI), "a daily ranking of the world’s richest people", by the following day, Bezos had lost around $6.76 billion.

He wasn't the only one to sustain financial losses that day, apparently, as Bill Gates, Elon Musk and Mark Zuckerberg ended up witnessing their wealth decrease by $2.3 billion, $4.24 billion and $5.75 billion, respectively.

Other people listed in BBI's top 10 – Bernard Arnault, Mukesh Ambani, Warren Buffet, Steve Ballmer, Larry Page and Sergey Brin – have also lost some of their net worth during the same period of time.

The figures provided in the Bloomberg Billionaires Index are updated on a regular basis, "at the close of every trading day in New York".

This development comes as US stocks tumbled on 28 October, with the Dow "closing at lows last seen in late July", as Reuters puts it, amid coronavirus cases soaring globally and investors worrying about "the possibility of a contested US presidential election" which is slated to take place next week.

The European markets have also witnessed a steep decline, and crude oil prices have fallen by nearly 6 percent.