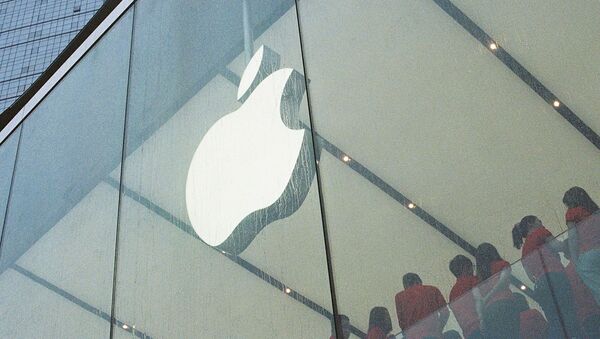 James Baillie
All materialsWrite to the author
Alphabet's search division, Google, is currently facing federal scrutiny and anti-trust probes in almost every US state, focused on the tech giant's advertising and search businesses and allegations that the company leveraged its market-dominant position to stifle competition.

Apple is reported to be developing technology that will allow it to take a share of the lucrative internet search market, according to the Financial Times.

Taking a bite of the search market

The push towards search independence could be a result of Google’s ongoing problems with antitrust regulators, who continue to allege that Google abuses its dominant market position to unfairly quash competition.

The FT notes that Apple has quietly beefed up its own search engine, taking over some search functions that are normally handled by Google in its latest operating system iOS 14. But the default search engine continues to be Google - for which the search giant pays Apple around $10 billion per year, according to a recent New York Times report.

Those payments could come under threat should competition authorities take action against Google, says the FT, and by expanding its own search capabilities, Apple would have a ready substitute if the company's deal with Google is threatened.

The FT also points to recent hirings as showing a new focus on search at Apple. Apple hired Google’s head of search, John Giannandrea, over two years ago and has been openly recruiting search engineers, and Apple currently has a “credible team” to “build a more general search engine”, according to former Google engineering chief Bill Coughran, who spoke to the FT.

There are even signs that Apple's search engine may already be operational, with webmasters reporting increased activity from Applebot, the company’s web crawler, which explores the web in search of new sites and content to index.

The big question is whether Apple would look to open up a search engine to everyone or restrict it to owners of Apple devices in an attempt to boost sales of Apple products.

But with third-quarter revenue of $59.7 billion, an increase of 11 percent from the previous quarter, Apple certainly has the resources to bankroll such a project.

Reaction to the news on social media was mixed, with users contemplating what Apple's search engine might look like.

An Apple search engine is an interesting competition puzzle. What do regulators do if Apple tries to uses its market dominance on the device (preloads, defaults, search boxes, data capture) to break Google's market dominance in search? How does market definition work here?

I don't want the same company that provides the operating system for my device to be managing my Internet search.