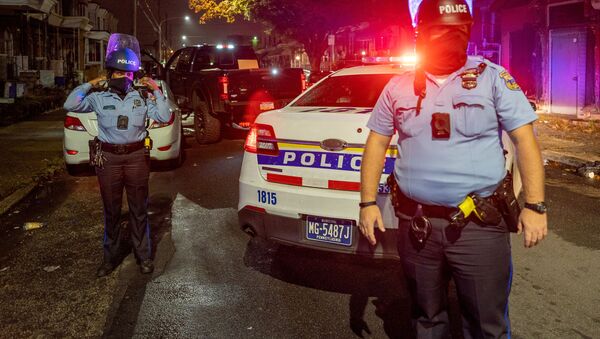 27-year-old Walter Wallace was shot by police on Monday, sparking riots in the city which have resulted in some 30 police officers wounded and dozens of protesters arrested, according to media reports.

Protesters are taking to the streets of Philadelphia again following the fatal shooting of black resident Walter Wallace the day before.

On Monday afternoon, local police responded to a call about an armed man in West Philadelphia. They reportedly shot Wallace several times after he approached them with a knife in his hand.

According to Wallace's family, he had suffered mental issues and was on medication. His death triggered protests around the city, which grew into riots, with sporadic clashes with police forces, vandalism, and looting.