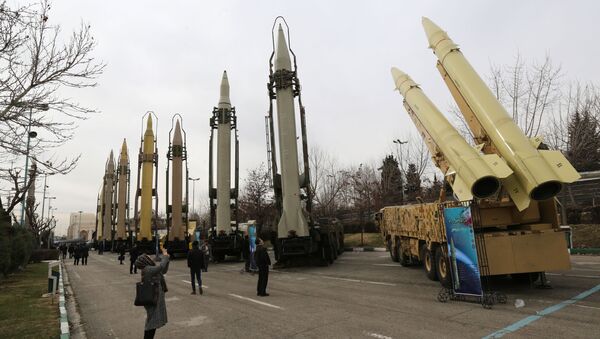 BEIJING (Sputnik) - The US threats to impose sanctions on anyone supplying weapons to Iran are senseless, as such restrictions would be illegitimate, Chinese Foreign Ministry Spokesman Zhao Lijian said at a briefing on Monday.

The Iranian Foreign Ministry stated on Sunday, referring to the UN Security Council resolution 2231 (2015), that all restrictions on the transfer of arms to the country were terminated. US Secretary of State Mike Pompeo responded by saying that the US was ready to sanction any individual or entity that supplied conventional arms to Iran.

"The US actions are absolutely senseless. The US has even stated that China is going to supply arms to Iran. Chinese arms export policy has demonstrated our responsibility, while the US peddles arms and ammunition everywhere, uses military trade to serve geopolitical interests, and even openly interferes in the internal affairs of other countries," Zhao told reporters.

He added that "the US has withdrawn from the Arms Trade Treaty and does not have any right to make irresponsible statements concerning China."

The Chinese official stressed that the UN Security Council had already lifted the arms embargo from Iran. 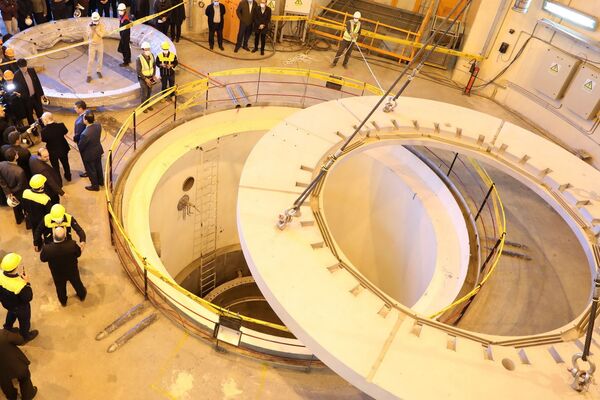 A handout picture released by Iran's Atomic Energy Organisation on December 23, 2019 shows the nuclear water reactor of Arak, south of capital Tehran, during a visit by the head of the organisation Ali Akbar Salehi (unseen).
© AFP 2022 / HO

On 14 July 2015, Iran, Russia, China, the US, Great Britain, Germany and France signed settlement agreements for the Iranian nuclear program. The Joint Comprehensive Plan of Action came into force on 18 October 2015, and, according to its provisions, sanctions were imposed on Iran, one of which banned conventional weapon sales to Iran for five years.

The US proposed prolonging the arms sale embargo in the UN Security Council on 14 August 2020, but the proposition was declined. Consequently, Iran is now able to procure any arms without restrictions.