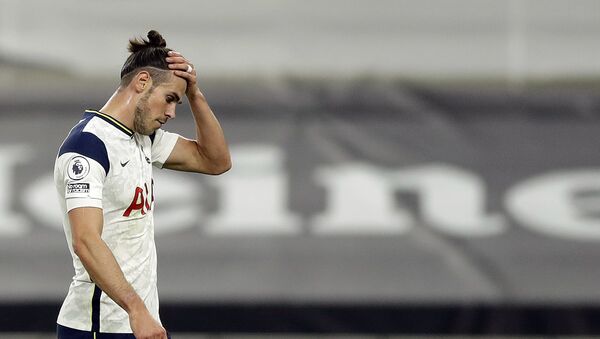 Gareth Bale joined Real Madrid from Tottenham Hotspur for a world record fee of $155 million in 2013. While his career at the Santiago Bernabeu was successful – winning four Champions League and two La Liga titles – the Welshman found himself struggling for game time and was loaned back to Tottenham in September.

Gareth Bale made his first appearance for Tottenham Hotspur in more than seven years but his return was less than a glorious homecoming for the Wales international, as West Ham United scored three times in the last 10 minutes to snatch a barely deserved 3-3 draw.

Bale started as a substitute as Spurs raced to a 3-0 lead, inspired by talisman Harry Kane before coming off the bench, 2,709 days after his last appearance for the club he left for a world-record fee, in the 71st minute, just in time to witness an incredible West Ham fightback at close quarters.

Bale should have sealed the three points and a dream debut but he flashed a shot wide with just West Ham keeper Lukasz Fabianski to beat as the game entered stoppage time, while West Ham’s Manuel Lanzini struck a stunning goal from outside the box in injury time to earn his side an unlikely point and ruin Bale’s homecoming.

Spurs manager Jose Mourinho was understandably furious after the match. “It's difficult to believe — we lost two points, threw them away," Mourinho said.

“It’s a pity he couldn’t score the fourth goal that could kill the game,” Mourinho said. “The decision not to start him was I think a good decision. ... It was a message to the team that everyone has to fight for a position."

He added: "To concede three goals is a big punishment, and deserved."

It was the second straight league game at home where Tottenham had thrown away a winning position after being held 1-1 by Newcastle three weeks ago after conceding a penalty.

Spurs were able to bounce back on that occasion with a League Cup win over Chelsea, followed by a 7-2 victory over Maccabi Haifa in the Europa League and a 6-1 thrashing of Manchester United.