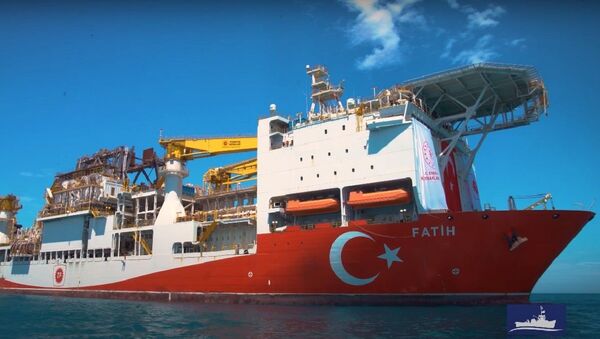 "Our vessel continued to operate after the discovery of the first gas field. In the course of new studies, another 85 billion cubic meters of gas were discovered. The total volume is now 405 billion cubic metres", Erdogan said in a video address.

Speaking from onboard the Fatih while wearing oil-prospecting attire, Erdogan said that the gas field was expected to begin deliveries by 2023.

In August, Erdogan announced the discovery by Turkish drillship Fatih of underwater gas reserves in the Black Sea totalling about 320 billion cubic tonnes, the largest discovery in the country’s history.

Turkish ships have been conducting seismic surveys in the eastern Mediterranean Sea, drawing the ire of the Greek and Cypriot governments, which have both accused Ankara of violating their territorial integrity.

Turkey said that Ankara is determined to continue its exploration in the region despite the escalation in tensions with Greece and the European Union.