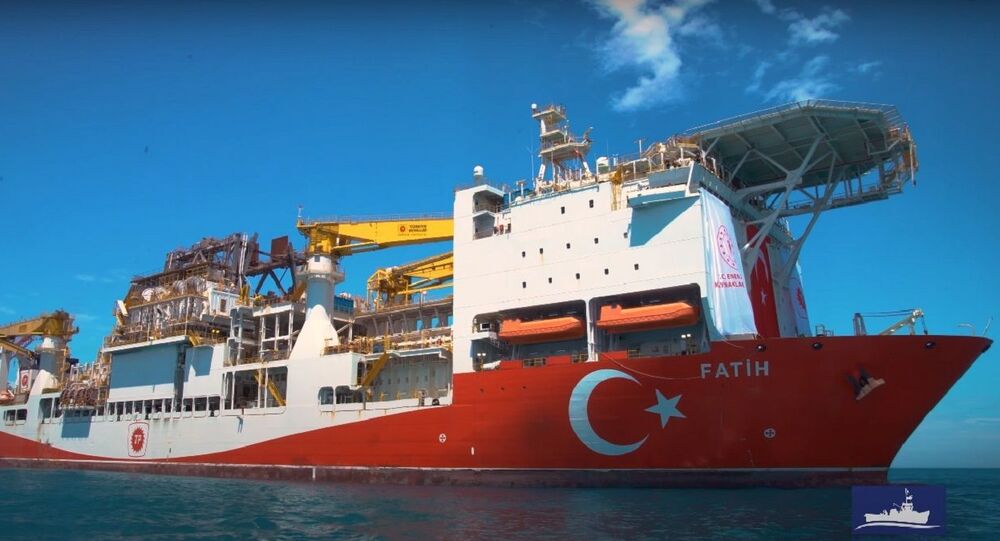 "The Fatih vessel, with our people's prayers and support, has begun first drilling in the Black Sea. For Turkey's energy security, we will be exploring every square meter in our seas, and if there is anything, we will find it", Donmez said on Twitter.

Fatih used to be one of Turkey's vessels that conducted drilling in the Mediterranean off Cyprus. This activity was slammed by Brussels and Nicosia, souring Ankara's relations both with the Republic of Cyprus and the European Union.

© AP Photo / Lefteris Pitarakis
In this Thursday, June 20, 2019 file photo, Turkey's 230-meter (750-foot) drillship 'Yavuz' escorted by a Turkish Navy vessel, crosses the Marmara Sea on its way to the Mediterranean, from the port of Dilovasi, outside Istanbul

The EU has repeatedly criticised Turkey's drilling activities in the Mediterranean for crossing into areas claimed by Cyprus as its exclusive economic zone. Ankara, in turn, has insisted that the local resources are meant for every country in the region.

Turkey also claimed that they allowed drilling in the interest of Northern Cyprus – a self-proclaimed republic on the island's northern part that is recognised only by Ankara.