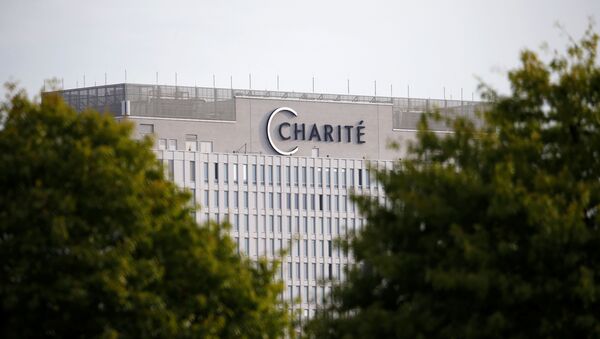 Last month, German authorities announced that a Bundeswehr analysis of Russian opposition blogger Alexei Navalny's samples found traces of a 'Novichok' group nerve agent. Moscow called the allegations odd, pointing out that before Navalny's transfer to Germany, Russian doctors treating him in Siberia found no signs of any poisons in his system.

Doctors at the Charite university hospital where Alexei Navalny was treated found no evidence from his samples that he was poisoned by any military-grade poison, Russian Foreign Minister Sergei Lavrov has said.

"Doctors in Omsk did not find any traces of chemical warfare agents, they honestly said this. But I would like to draw your attention that the fact that  Charite clinic also did not find any toxic substances in its analyses; instead, they were 'found' later in the Bundeswehr's clinic," Lavrov said, speaking to members of the Association of European Businesses in Russia on Monday.

"We still do not know: did the French and the Swedes carry out the test themselves, or were they simply given them by the Germans. And the fact that our partners are trying to keep everything a secret, to muddy the waters, is something that worries us greatly. We want to find the truth and we will seek to do so," the diplomat added.

At the same time, Lavrov said, Moscow has no doubts that the European Union will attempt to slap new sanctions on Russia in connection with the Navalny case, based on a recently created cookie-cutter sanctions policy about alleged violations in the use of chemical weapons, which he noted require no factual basis or large-scale discussion by all sides accused of involvement to implement.

According to Lavrov, Russia's Western colleagues' policies, whether in cyberspace or the alleged use of chemical weapons, seem to be aimed at the creation of new institutions outside the United Nations or any other international legal framework, allowing for facts to be presented, guilt to be determined and punishment in the form of sanctions to be doled out without listening to the other side.

On Saturday, the Russian Foreign Ministry complained that its German counterparts had refused to provide the Russian Embassy in Berlin with consular access to Alexei Navalny since he was discharged from the Charite clinic. According to Moscow, Russian prosecutors have sent the German side four requests for legal aid for their probe into Navalny's alleged poisoning, with none of them receiving a response.

Moscow has also slammed the Organization for the Prohibition of Chemical Weapons (OPCW) for quietly providing the German side with 'technical assistance' on the Navalny case without informing Russia, pointing out that the claims of poisoning being alleged "took place not in Germany, but in Russia," and that Russia must be party to any objective investigation.

Last week, Navalny accused the Russian government and President Vladimir Putin personally of poisoning him, saying he can't think of any other explanation for what happened to him. Kremlin spokesman Dmitry Peskov shot back, calling the claims "groundless...extremely insulting and unacceptable," and revealing that Moscow "has information" that Navalny has been cooperating with the Central Intelligence Agency. 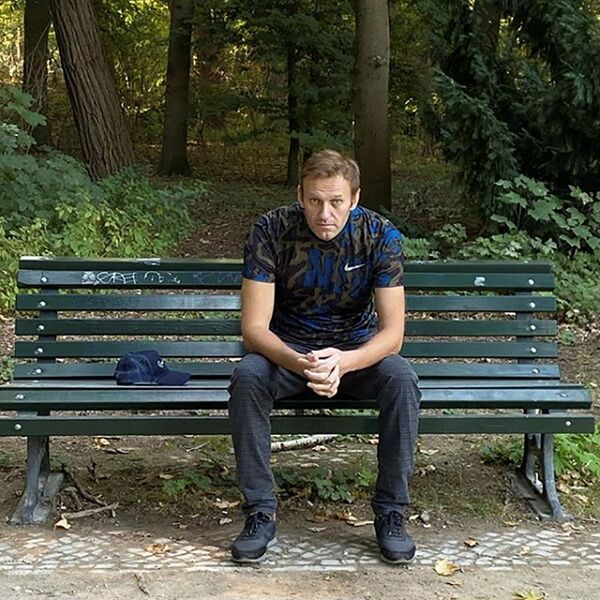 Russian opposition politician Alexei Navalny sits on a bench while posing for a picture in Berlin, Germany, in this undated image obtained from social media September 23, 2020
© REUTERS / SOCIAL MEDIA

On Saturday, German Foreign Minister Heiko Maas warned that sanctions against Russia would "be impossible to avoid" "if the results of the German, Swedish and French laboratories are confirmed" by the OPCW.

Novichok Creator Compares Nerve Agent to Nuclear Bomb
Dr. Leonid Rink, one of the chemists who helped create the so-called Novichok group of military-grade poisons, told Sputnik that if Navalny really had been poisoned by Novichok, he would have been dead in ten minutes flat, and would never have made it to the Tomsk airport or his plane.

Navalny collapsed onboard a domestic flight from Tomsk to Moscow on August 20, with his plane making an emergency landing in Omsk, where doctors worked for nearly two days straight to stabilize his condition. On August 22, a charter flight took him to the Charite clinic in Berlin. There he gradually recovered before being discharged late last month.