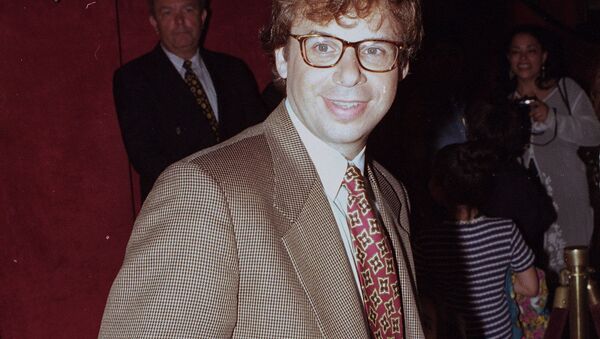 © AP Photo
Subscribe
International
India
Africa
After the assault, Moranis, 67, had to take himself to hospital, and then reported the attack to a local police station, according to media, citing law enforcement.

The "Ghostbusters" and "Honey, I Shrunk the Kids" star, Rick Moranis, has been attacked while walking on a sidewalk not far from Central Park in New York City.

"Rick Moranis was assaulted on the Upper West Side yesterday. He is fine but grateful for everyone's thoughts and well wishes", a representative for the actor confirmed.

The NYPD has released both the surveillance footage from the scene and the picture of the suspect, who remains on the loose. The video showed that the attacker kicked Moranis with his knee, knocking the actor down and then walked away as if nothing happened.

According to the picture, the suspect was a man wearing a black hoody with "I (heart) NY) printed on it.

The motives of the suspect remain unclear, as the police have defined the incident as a "random unprovoked assault".