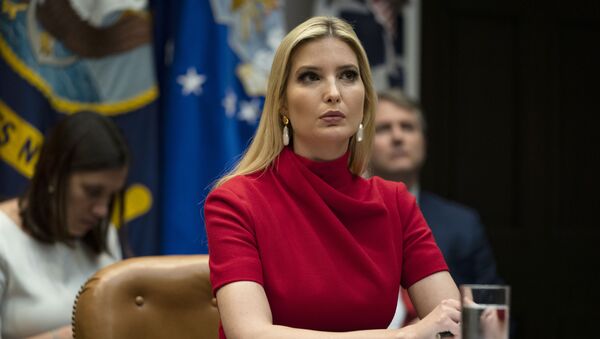 © AP Photo / Evan Vucci
Subscribe
Lilia Dergacheva
All materialsWrite to the author
President Trump is purported to have received a $72.9 million tax refund, which cut his total federal income tax bill between 2000 and 2017, and it appears a part of the refund might have landed on the president's financial account at one of his close relation's behest.

Donald Trump's newly released tax records allege that POTUS had effectively reduced his taxable income by treating a family member as a consultant, further deducting the fee as a cost of respective business operations, a New York Times report has it. 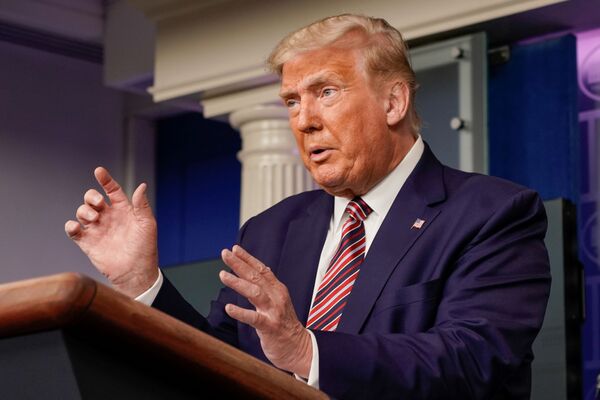 The documents suggest that between 2010 and 2018, two years into his term, the president wrote off some $26 million in unspecified "consulting fees" as a business expense across nearly all of his projects.

Ivanka is meanwhile known to have been an executive officer in some of Trump's companies, namely hotels, which she received profits from and was paid the consulting fees for, according to The New York Times.

The part of the report that potentially implicates Ivanka, immediately landed in netizens' crosshairs, with some recalling that Ivanka Trump was already investigated for potential tax crimes related to the 2016 presidential inauguration.

Trump wrote off the cost of haircuts, including more than $70,000 paid to style his hair during "The Apprentice." Together, nine Trump entities have written off at least $95,464 paid to a favorite hair and makeup artist of Ivanka Trump. https://t.co/G38udwaw7w

Just finished the full NYT article on Trump's many years of tax frauding and evading. But if you want a briefer overview, read this. Has jewels like how Ivanka racks up consultant fees from the Trump Organization while also being a paid executive. Crooks. https://t.co/q1vo8TSAXj

Here’s what Biden should say:

"If you make less than $200,000 per year, YOU paid Trump's taxes
If you're wondering where your second stimulus check went, Ivanka used it to buy a purse
If you wanna know where your paycheck goes
...Eric and Don Jr went lion hunting with it"

"The only good thing about this administration is that I can now spell 'schadenfreude' without using spellcheck", another skeptical Twitterian posted alongside a link to the respective article on Trump's tax revenues, with some others calling to "lock them up".

"Get Nepotism Barbie too. Arrest her in front of Jared," one called.

When asked about the arrangement, Trump Organisation lawyer Mr Garten, did not comment.

Yet, in response to a letter centering around The Times' findings, he said that "most, if not all, of the facts appear to be inaccurate" and requested the documents on which they were based.

Employers are indeed entitled to deduct consulting fees as a business expense and can also avoid withholding taxes that relate to wages.

To exercise the right, the consulting arrangement must be an "ordinary and necessary" part of running the business, with fees being reasonable and market-based, according to the IRS. However, the recipient of the fees is still required to pay income tax.

It is not immediately clear if the IRS has scrutinised Trump's practice of deducting millions of dollars in consulting fees. If the payments to his daughter were indeed compensation for work, it is not clear why Trump would opt for the practice, rather than reduce his own tax liability.

Another, "more legally perilous possibility", as per the NYT, is that the consulting finances were a way to transfer assets to Trump's children in a bid to get around the gift tax.

The New York Times reported that US President Donald Trump's tax bill was just $750 in 2017, a year after he became president, further stating that he paid "no federal income taxes in 11 of 18 years". The report also claimed that he "reduced his tax bill with questionable measures", including a $72.9 million tax refund that is currently the subject of an audit by the Internal Revenue Service.

He went on to specify that he is now waiting for the release of as many as 108 pages his tax returns files.