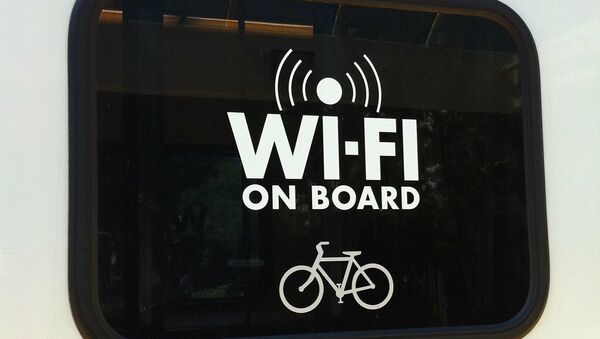 Radhika Parashar
All materialsWrite to the author
Earlier in March, India’s Ministry of Civil Aviation (MoCA) confirmed that airlines will now be permitted to offer WiFi connectivity in Indian airspace. The announcement came as an opportunity for Indian network operators to get an in-flight connectivity license and offer WiFi services on planes.

In order to be ready to offer a new service once people restart travelling after the pandemic, a total of 22 international airlines have partnered with Reliance Jio to power in-flight internet connectivity inside their aircraft once they enter the Indian skies.

Jio is headed by one of the world’s richest men, Mukesh Ambani, under his Reliance brand, which is one of India’s most-valued companies.

Jio has also announced three onboard data plans with one-day validity at cheap rates, between about $6 and $14.

The plans will offer travellers 250 MB to 1 GB data packs along with 100 calling minutes and 100 messages to facilitate communication from inside the flight.

“(These plans are) applicable for 22 partner airlines… data and SMS services are available in all our partner airlines. However, voice services are available only in select airlines. Incoming calls are not allowed in these packs. Incoming SMS is free. Usage entitlements (are) applicable only for In-flight communications. Data speed may vary from airline to airline,” Jio posted on its website, revealing further details on the subject.

The foreign airlines that have partnered with Jio include Emirates, Etihad, Virgin Atlantic, Lufthansa, Singapore Airlines, Cathy Pacific, SAS Scandinavian Airlines and Malaysia Airlines, among others.

As of now, Vistara is the only Indian airline that offers In-Flight WiFi in partnership with the network arm Nelco, owned by major Indian conglomerate Tata Group.

India has been ramping up efforts to facilitate on-the-go WiFi services for other modes of travelling, like inter-city trains and subways.