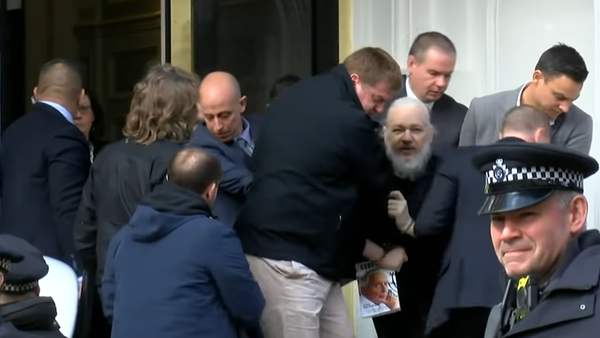 Mohamed Elmaazi
All materialsWrite to the author
Journalist Cassandra Fairbanks has informed the court in Julian Assange's extradition hearing that Arthur Schwartz, who is known as Donald Trump Jr's "fixer", had advance warning of the US indictment against the WikiLeaks publisher.

Julian Assange's removal from the Ecuadorian Embassy was done so "on direct orders from the [US] president", according to information provided to American journalist Cassandra Fairbanks.

Ms Fairbanks' explosive testimony would appear to support to position that Mr Assange's prosecution has a political dimension and reflected a shift in the government's attitude with a change in administration from that of former president Barack Obama.

According to Ms Fairbanks' witness statement, which was read into the court by the defence in Mr Assange's extradition hearing on 21 September 2020, she was contacted by Arthur Schwartz, "a wealthy GOP donor who does communications for [former Ambassador to Germany Richard Grenell] and works as an informal adviser to Donald Trump Jr". During this phone call, which Ms Fairbanks recorded, Mr Schwartz was panicking because he believed a Tweet that she published revealed "classified information".

Ms Fairbanks attempted to calm down Mr Schwartz saying that she didn't publish classified information and that she merely shared a link to a report from ABC news which described the role that Mr Grenell played in coordinating Mr Assange's release. 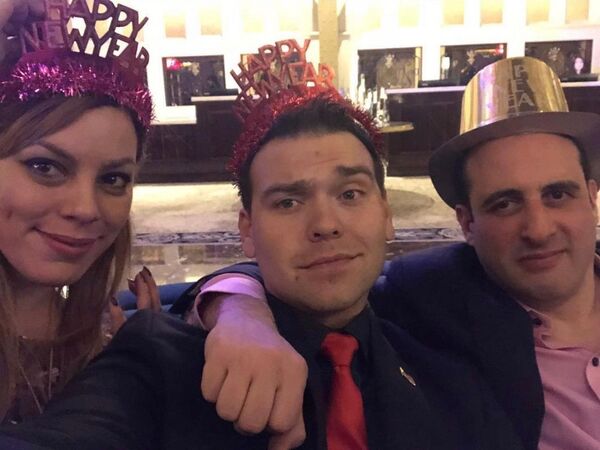 Mr Schwartz was not put at ease by Ms Fairbanks' assurances and asked her to delete the Tweet. "I don't want to go to prison" Mr Schwartz told Ms Fairbanks, adding that people are aware of the fact that the two have been communicating with each other and have been seen with each other. Mr Grenell was acting "on the orders from the president" Mr Schwartz can be heard saying during the recorded conversation. "So, you're going to punish me because he took orders from the president?" he asked Ms Fairbanks who responded that she wasn't punishing him she was merely retweeting a report by ABC. Mr Schwartz begged Ms Fairbanks to delete the Tweet which she ultimately agreed to do.

Ms Fairbanks is a contributor to the Pro-Trump Gateway Pundit news outlet and she notes that she herself "endorsed [Mr Trump's] presidency over a number of years". Her witness statement says that she "believed Schwartz’s statement [that Mr Grenell coordinated Mr Assange's removal from the embassy] to be correct because his close personal ties to both President Trump and Grenell are well-known".

The statement also says that her interactions with Mr Schwartz, on the subject of Mr Assange and WikiLeaks, first began after she dropped a link to an interview with Mr Assange's mother, Christine Assange, into "a direct message group [in October 2018] containing multiple people who either worked for President Trump or were close to him in other ways – along with several other reporters and political commentators". Among those in the group were then US Ambassador to Germany Mr Grenell as well as Mr Schwartz. 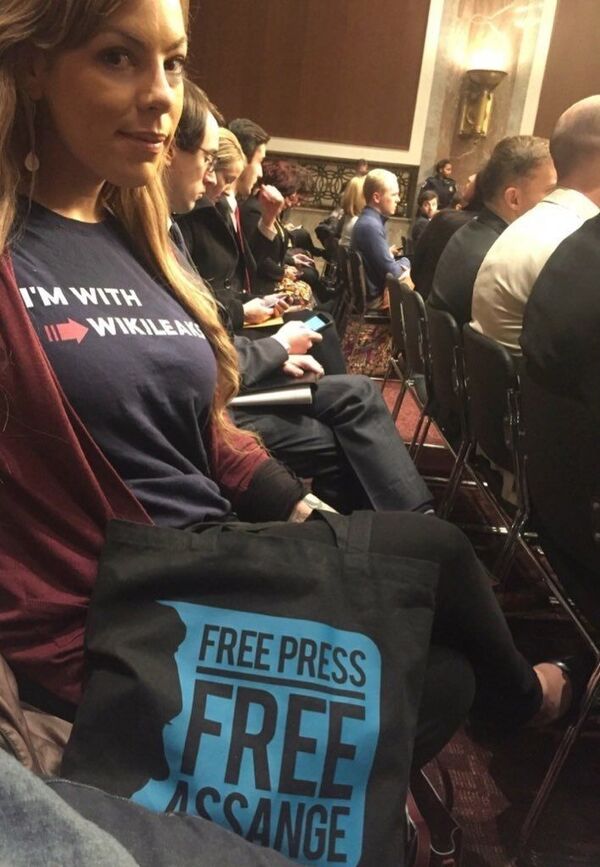 After she put the link to the interview into the group chat, Ms Fairbanks' statement says that she received a phone call from Mr Schwartz who was "very angry":

"[Mr Schwartz] repeatedly insisted that I stop advocating for WikiLeaks and Assange, telling me that 'a pardon isn't going to f**king happen.' He knew very specific details about a future prosecution against Assange that were later made public and that only those very close to the situation then would have been aware of. He told me that it would be the 'Manning' case that he would be charged with and that it would not involve the Vault 7 publication or anything to do with the DNC. He also told me that they would be going after Chelsea Manning. I also recollect being told, I believe, that it would not be before Christmas. Both of these predictions came true just months later."

"Kidnapping a political refugee" from the Ecuadorian Embassy would be "an act of war", Ms Fairbanks said to Mr Schwartz, to which he apparently responded "not if they let us".

It was this phone call which ultimately prompted Ms Fairbanks to record the subsequent conversations that she had with Mr Schwartz. "I began recording all conversations with Mr Schwartz because of the threatening tone of the October 2018 call and the amount of details he had provided about Mr Assange’s impending arrest", Ms Fairbanks told Sputnik. "I could never have anticipated that he would admit President Trump personally ordered the arrest", she added. "I didn’t know at the time, until the ABC article, that Grenell was the one who made the deal", Ms Fairbanks explained.

The journalist also says that she has faced reprisals after reporting on these conversations. Mr Grenell and Mr Schwartz went so far as calling Ms Fairbanks' employer and pushing for her to be sacked, though these attempts have thus far been unsuccessful.

Joel Smith, acting for the prosecution, told the court that the truth of what Ms Fairbanks says was told to her "is not within her direct knowledge". He added that "So far as the remainder of the evidence is concerned it is not challenged and not accepted" and that it will be up to the judge to decide how much weight should be attached to her statement.

Ed Fitzgerald QC, who read the statement into court, told the judge that Ms Fairbanks' statement is “a good indication of the intention of the US government at the highest level”. Mr Fitzgerald added that in due course he would invite the court to find that the statement helps to establish a "preconcerted plan at the top level" of the Trump administration to take Mr Assange out of the embassy "to extradite him and prosecute him" and to compel Ms Chelsea Manning to give evidence against him.

The extradition hearings are expected to continue for at least one more week if not two, during which time Sputnik will continue to monitor the proceedings on location and via video link.

Mr Assange faces up to 175 years in prison if he is convicted of all of the charges levied against him in the US. The charges almost entirely relate to his role in publishing the Iraq and Afghanistan war logs, Guantanamo Bay detainee files and the Diplomatic Cables, which revealed war crimes and other criminality and abuse committed by the US government and US-backed forces.