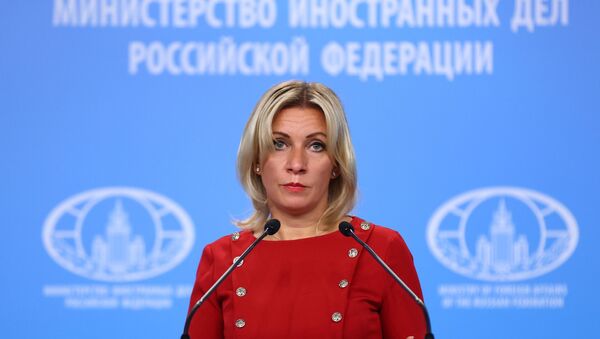 MOSCOW (Sputnik) - Russia calls on the European Union to reconsider its policies towards Minsk and believes that they lead to erosion of the fundamental rules of the international legal order and prevent the normalization of the situation in the country, Russian Foreign Ministry Spokeswoman Maria Zakharova said on Saturday.

According to Zakharova, Brussels does not respect Belarus' domestic political realities and, while performing its policies, is betting on replacing governments through sanctions, pressure and propaganda.

"Unfortunately, Belarus is not the only example in this regard. We call on the European Union to reconsider this course, which leads to the erosion of the legal basis of the international order, and in the case of Belarus, hinders normalization in the country," Zakharova said in a statement.

The spokeswoman also stated that the possible introduction of EU sanctions against Belarus contradicted the goal of restoring stability, establishing a dialogue and easing tension in the republic.

"Our position regarding the sanctions mechanism used by the European Union is well-known. It is illegitimate in terms of international law and represents unacceptable interference in internal affairs. And in the context of the situation in Belarus, it contradicts the goal of restoring stability, establishing a dialogue, launching the constitutional process, and easing tensions, which EU representatives have said so much about," the spokeswoman said. 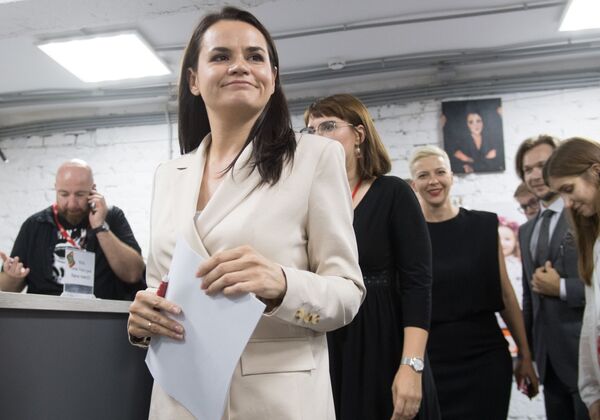 According to Zakharova, opposition leader Svetlana Tikhanovskaya's participation in the upcoming meeting of EU foreign ministers next week shows that Brussels is deviating from its claims that the crisis in Belarus is not geopolitical in nature. Moreover, the spokeswoman went on to say that EU's invitation to Tikhanovskaya was an example of interference in the Belarusian internal affairs and violation of the UN Charter norms.

Zakharova added that if Brussels imposed sanctions against Minsk, the latter might retaliate with countermeasures that "should not surprise" the European Union.