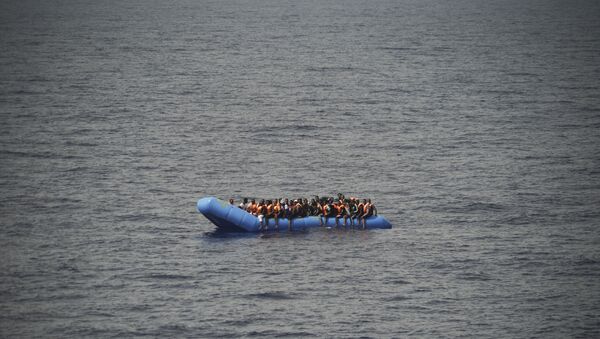 The development comes just a few days after the UK government said it was “bitterly disappointed” by a High Court Ruling that grounded a flight scheduled to deport asylum speakers back to Spain. The government said that “we are bitter disappointed with the court’s ruling, which has prevented us from returning people who have no right to be here.”

The UK Home Office is preparing weekly flights for upward of 1,000 migrants who recently took the risk-fraught journey across the English Channel back to the European countries that they came from, including Italy, Germany and France.

According to The Telegraph, Home Secretary Priti Patel is planning to fly arrivals back to Europe on a weekly basis. The 1,000 migrants will be flown back to those countries where they had already received asylum.

Talks are also said to be underway between the French and British governments to allow more UK-funded personnel to operate on France’s beaches in an effort to prevent migrants from making the crossing.

According to the UK Immigration Enforcement Secretariat, both the Home Secretary and the government more broadly are “frustrated by the severity of the situation.” More than 6,000 refugees are said to have crossed over from France in rubber dinghies so far this year.

An Immigration Enforcement Secretariat spokesperson told The Telegraph: “there is considerable policy work underway to address where the UK’s immigration and asylum system is being exploited and abused... As it currently stands, the system is inflexible and rigid, and is open to abuse by both migrants and activist lawyers to frustrate the returns of those who have no right to be here.”

It was recently revealed by The Home Office that two former army bases will be used as temporary accommodation for asylum seekers while their claims are being processed.

Reportedly, about 400 refugees will be housed at the Napier Barracks in Kent. Another facility, the Penally Training Camp in Wales, which could take in around 250 refugees and sits well over 300 miles away from the English Channel. Both bases were offered to the Home Office by the Ministry of Defence (MoD).

A Home Office spokesperson has been quoted as saying that, “during these unprecedented times, the government is working with a range of partners and across departments to secure further accommodation and the MoD has offered use of some of its sites.”

“When using contingency accommodation we work closely with organisations, including local authorities and law enforcement, throughout the process to ensure value for money and that vulnerable asylum seekers, who would otherwise be destitute, have suitable accommodation while their claims are processed,” the spokesperson added.